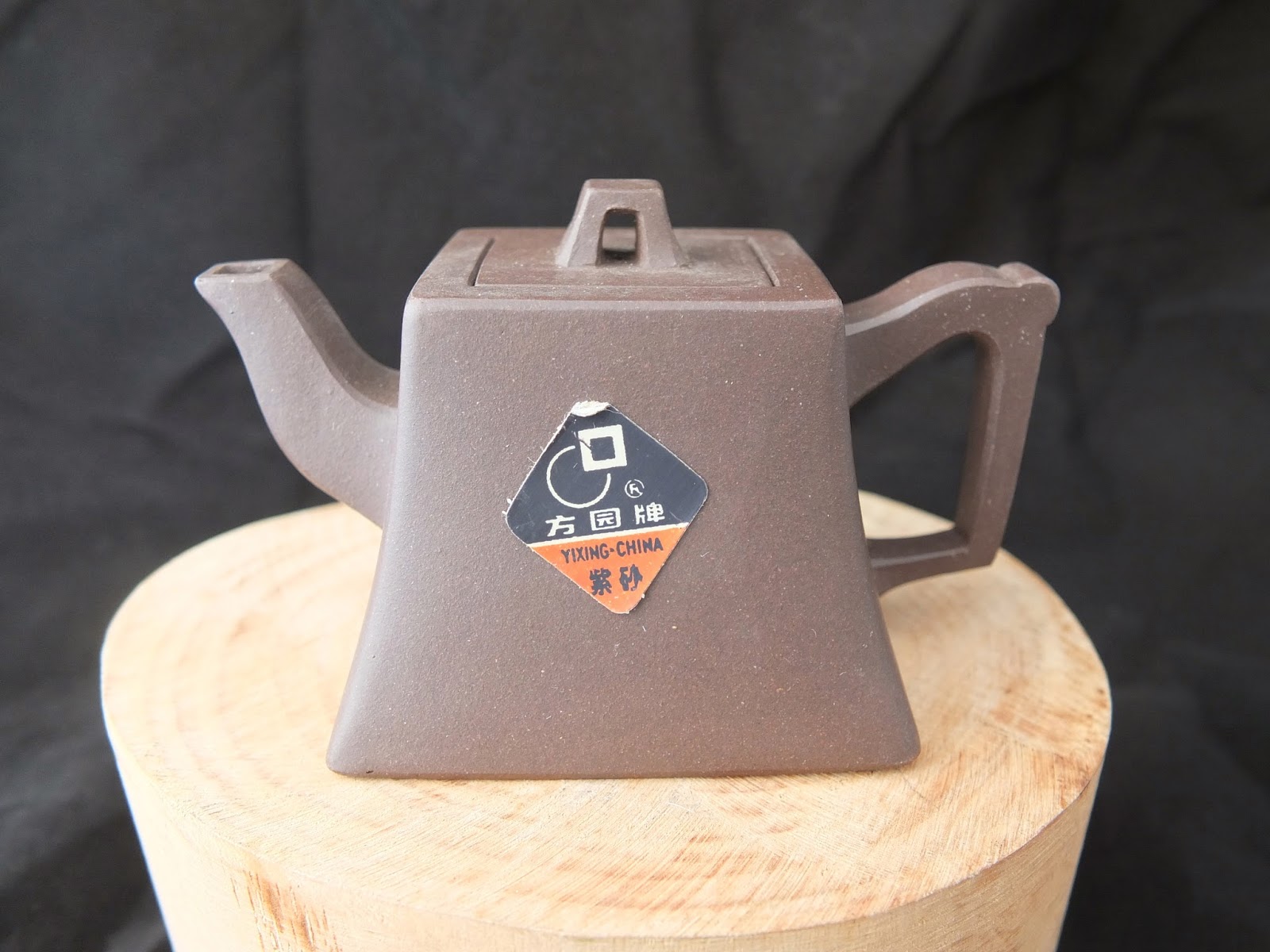 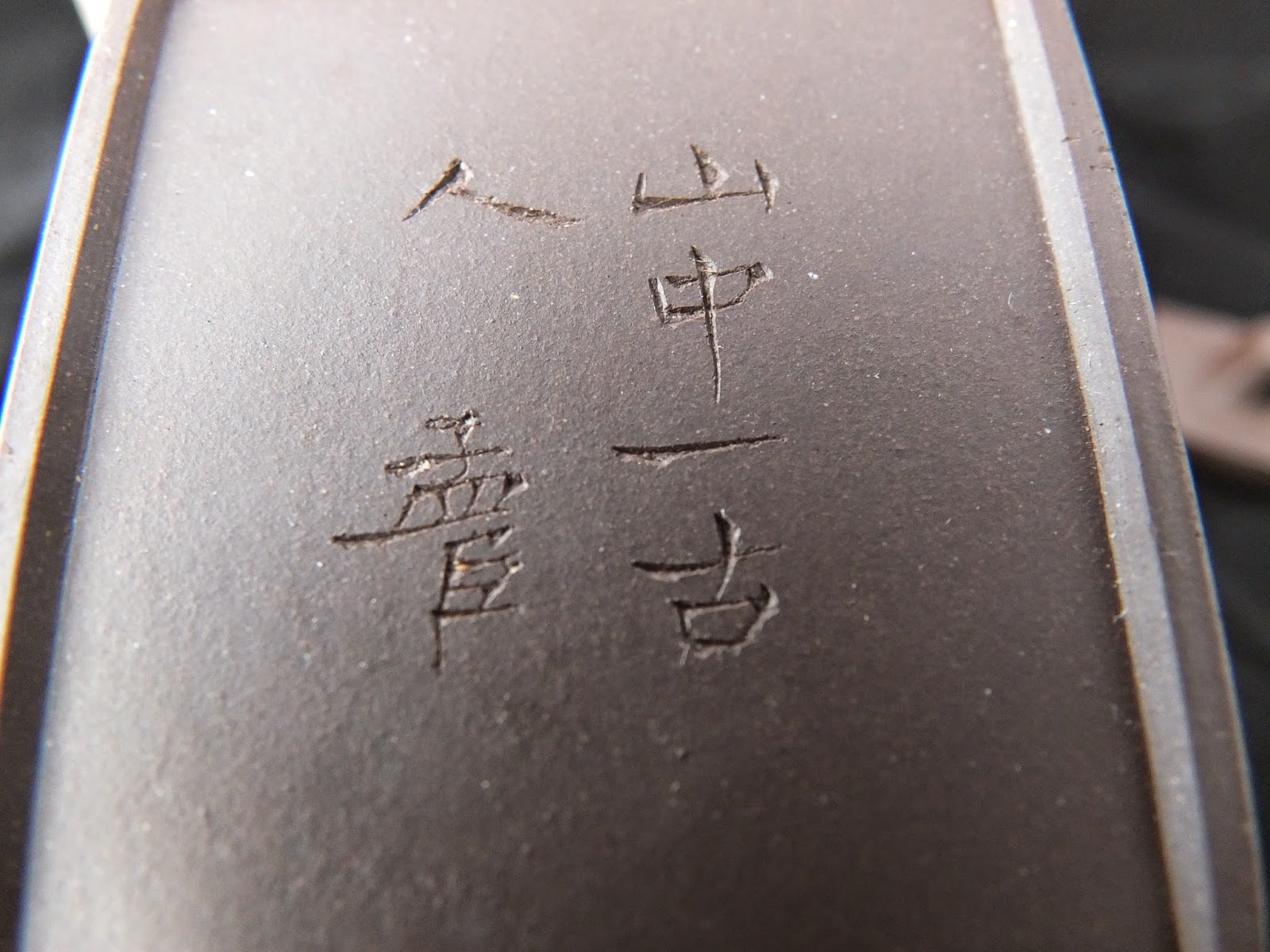 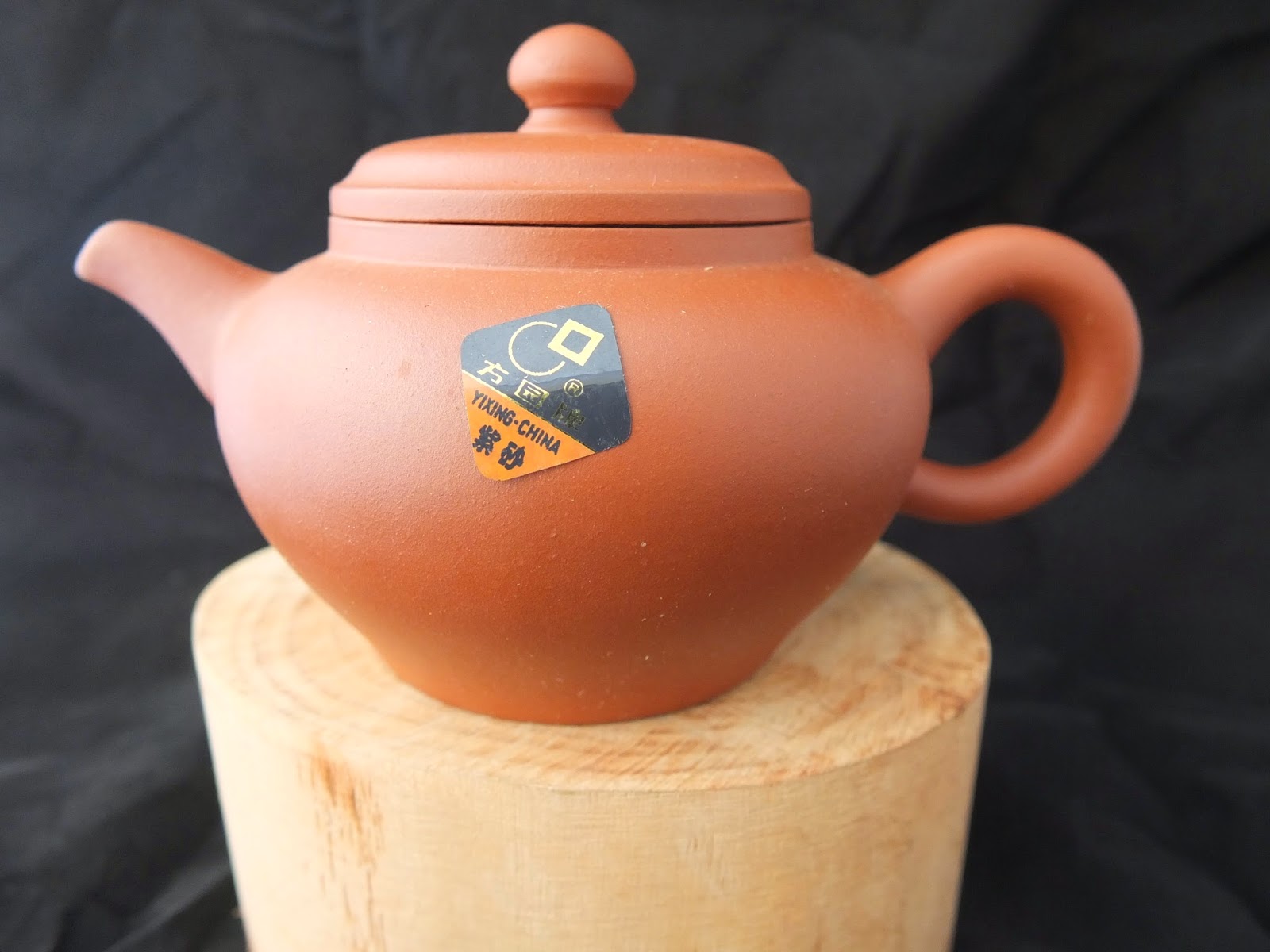 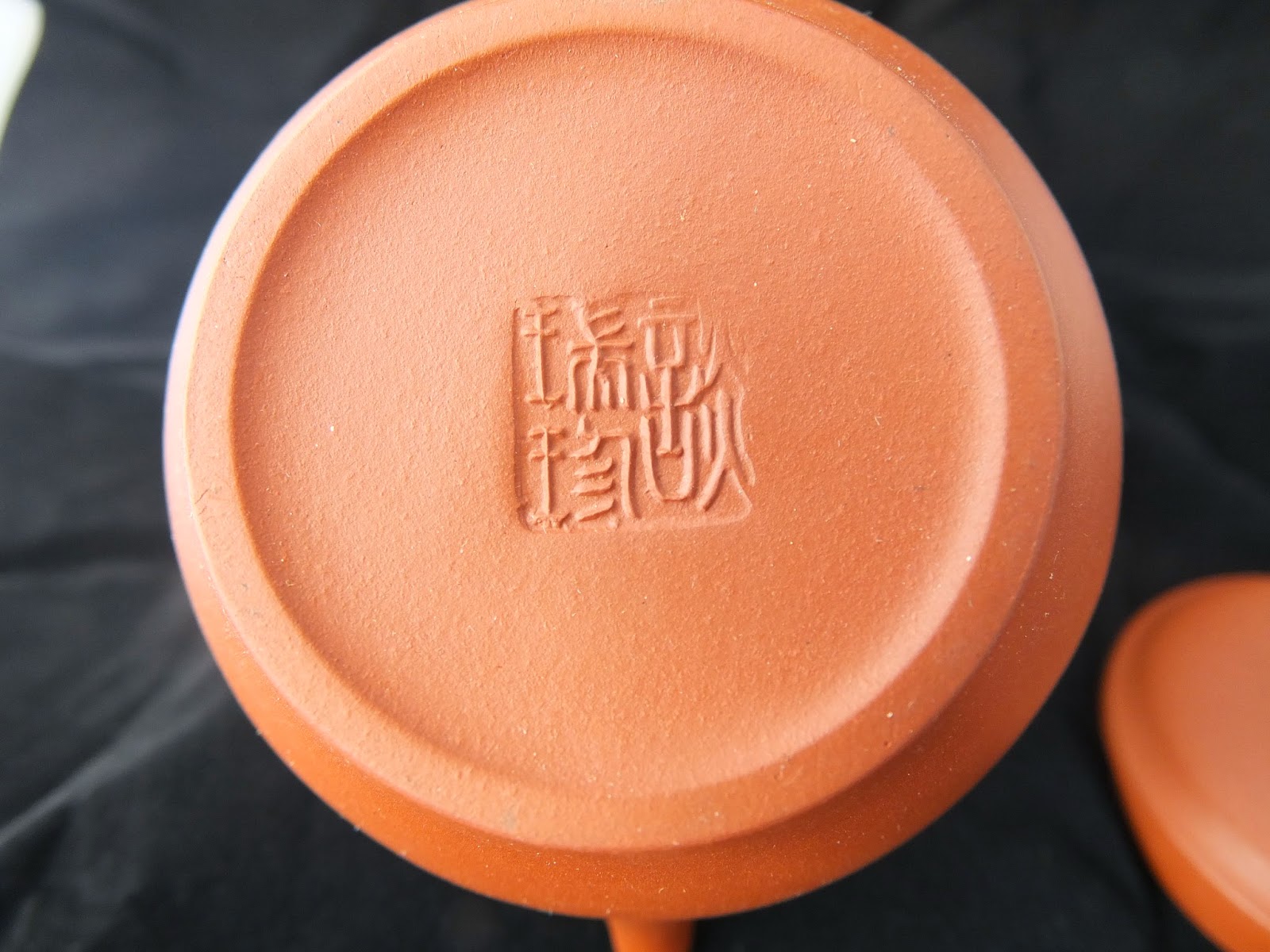 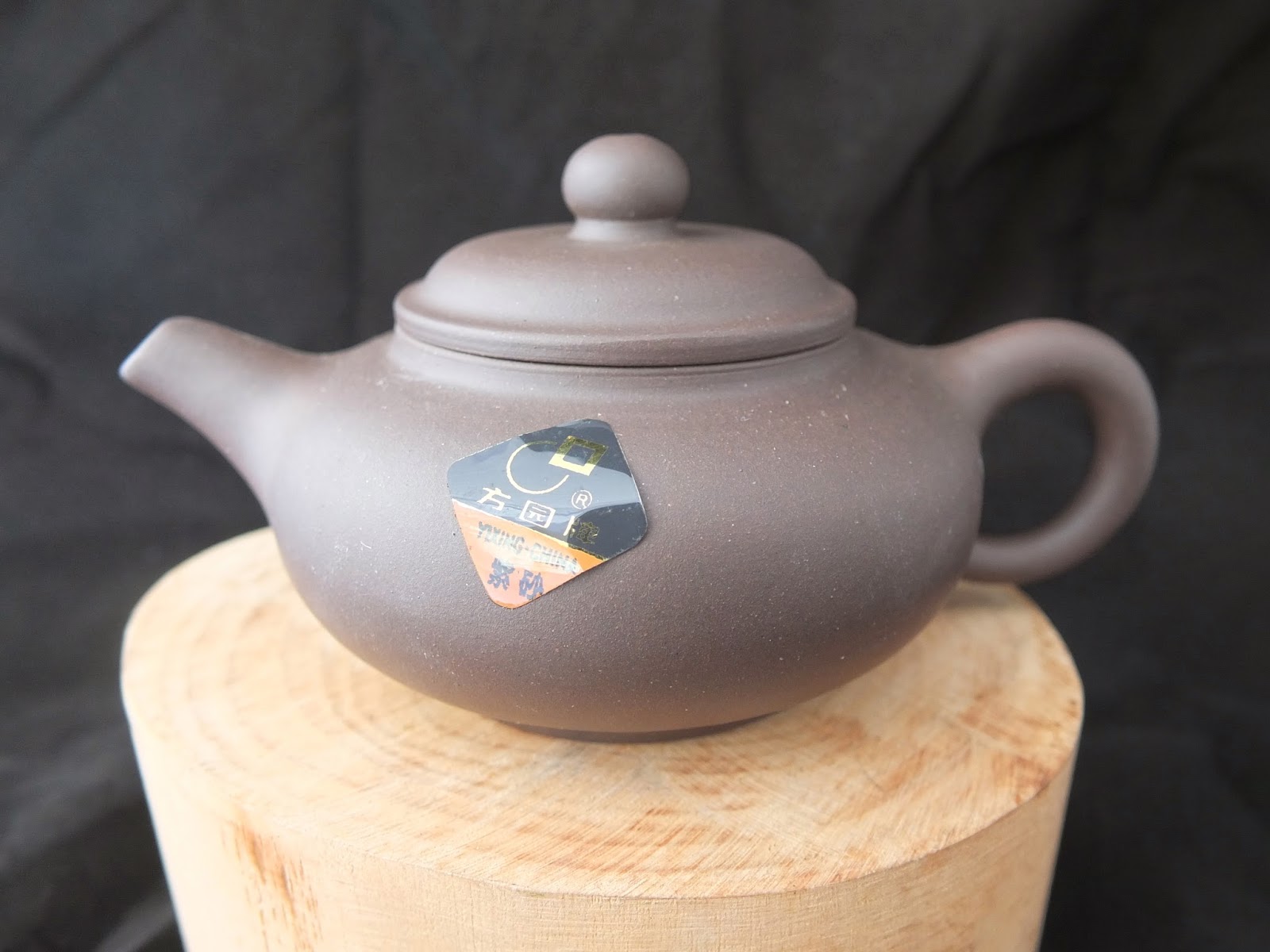 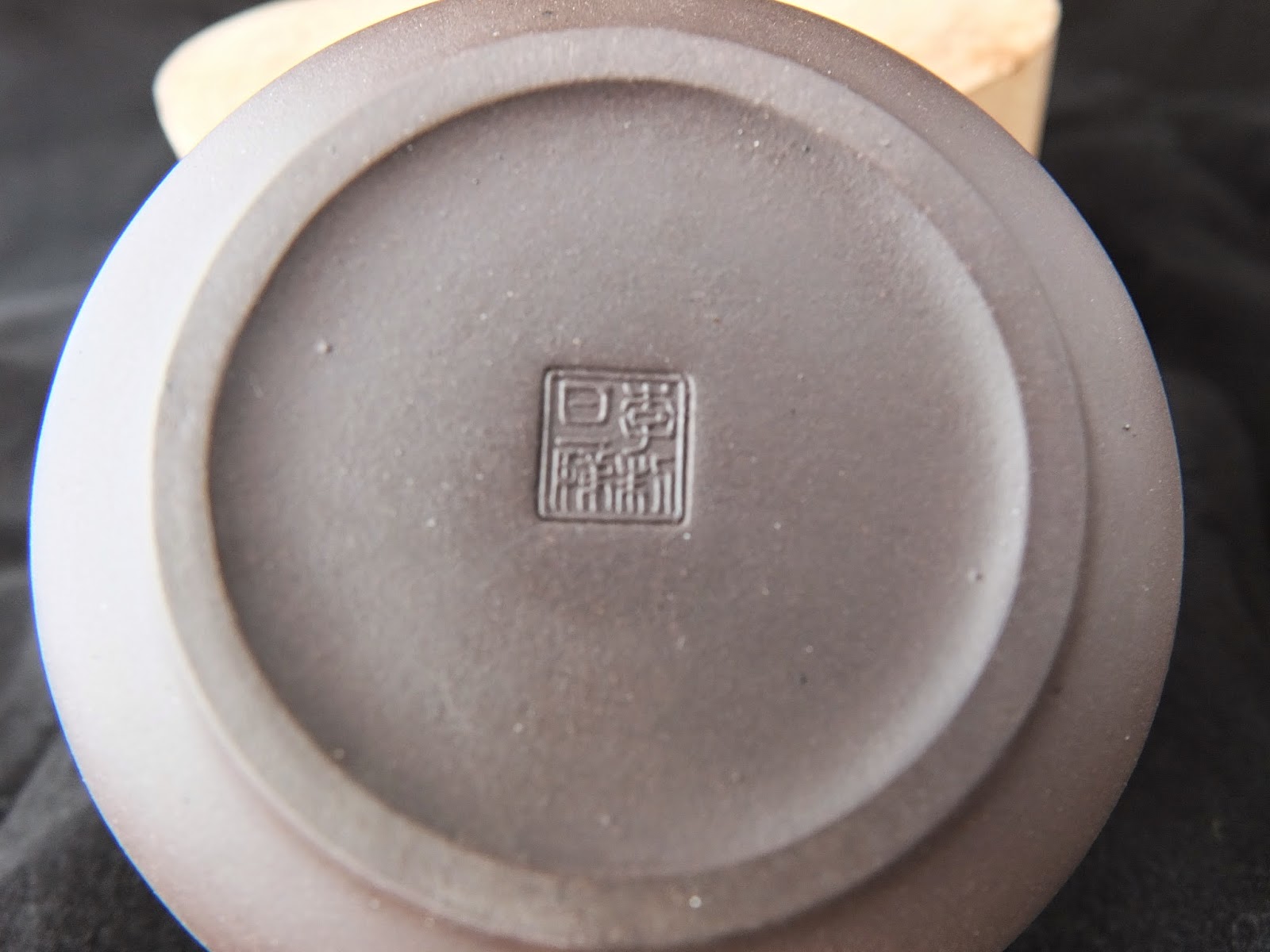 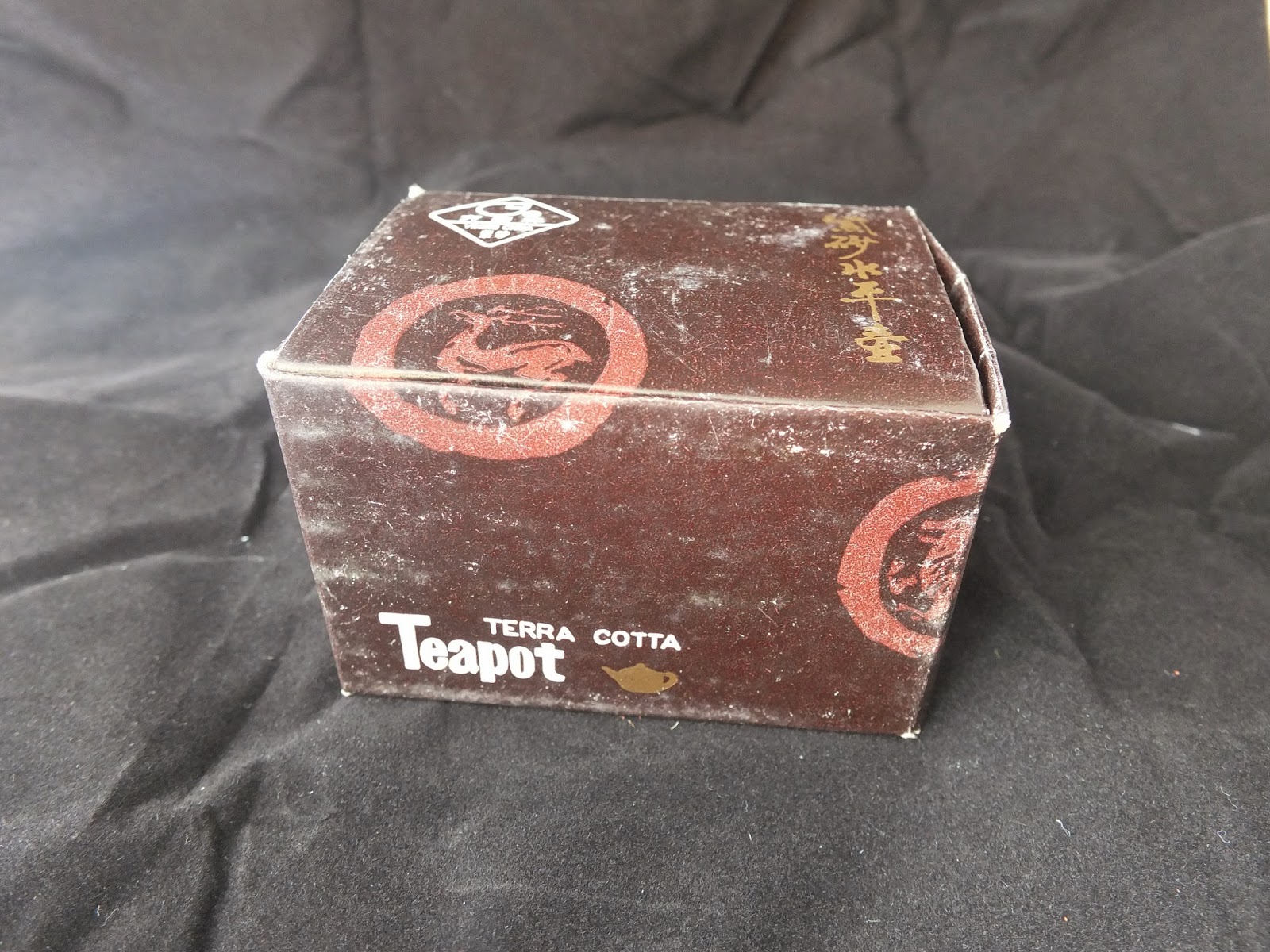 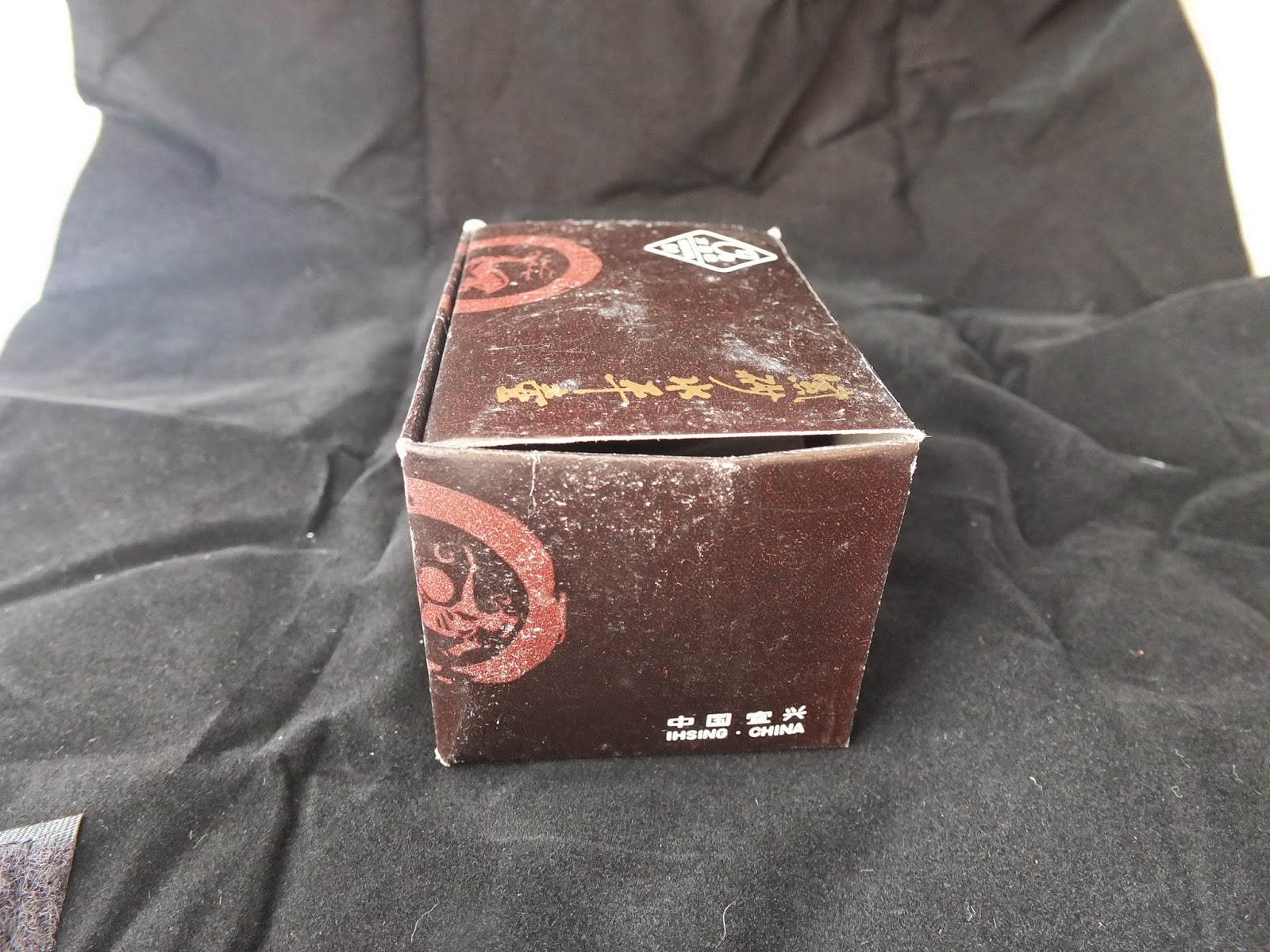 'Fang Yuan Pai' (aka square circle brand) of tea ware was produced in China from the 60s to the early 90s.  This period saw China being a closed door economy but many Chinese products were produced and exported overseas.  Foodstuff, dried and canned and many household products were available for purchase in South East Asian countries like Malaysia and Singapore.  These items were inexpensive and popular, and it was very common to see China made products used or consumed in many homes in this part of the world.

Tea and tea ware were also exported by China during this period.  Oolongs and other teas were packed in cans and paper boxes (mainly 'Sea Dyke' brand) and was sold mainly to the Chinese community.   Porcelain kitchenware which include teapots and teacups were also very common and used by many households.

'Fang Yuan Pai' teaware is significant in a Chinese teapot collection.  When collectors talk about teapots made or produced in the China communist era, most collectors would talk about this 'Fang Yuan Pai' brand.  This brand of tea ware was authorized for production by the Chinese government, where actual factories were allowed to make clay products including tea ware, and even exporting these items overseas.  This would imply there is a level of 'mass production' of these tea ware.  However, as these tea ware was inexpensive and was bought for daily use in the homes, not many people actually collected these tea ware as a hobby then.

I had purchased some tea ware made by 'Fang Yuan Pai' (link) which included a few tea caddies and a European style teacups and saucers.

The  'Fang Yuan' teapots now are extremely collectible and are sought after by Chinese teapot collectors.  These teapots were made in Yixing, China using the clay mined in that region.    My collection includes these 3 teapot designs as seen in the pix.  The 1st teapot shown is interesting as the bottom of the teapot was not 'embossed' with the regular maker's markings but instead you see a Chinese phrase literally translated as - There is an old man in the mountain.

I found out that during the state-controlled period of China (60s to early 90s), there were a few clay factories in Yixing.  There were simply called factory no.1 through 5.  Teapot productions I was told came out from factories 1,2,5.  Not to bore my readers, but expert teapot collectors are able to determine from a teapot and the relevant stickers which factory the teapot came from and in some cases who the maker of the teapot was.  Collecting these teapots can be a very serious business as many of these teapots are hard to find and are quite expensive.   I know one teapot collector who refused to removed the factory sticker on the teapot while brewing his tea with it.  Anyway, you must know your teapots, if you are buying from this period, to ensure the authenticity of your purchase.

The last 2 pix show the original factory boxes that came with each teapot.

I have one question about these 'Fang Yuan'
teapots. I have the book 鈺壺雅集,
which is a sort of catalog of F1 productions
between 1965 and 1985. Your pots are on it.


However, the book provides some measurements
for the height and width of the pots and I was wondering:

Have you checked that the size is the same as in the book
(I am assuming that you have this book
sorry, if you don't I can tell you the numbers for
your pots)?

Did you find big differences?

Thanks for your comment. Theres a F1 teapot book? Tell me more! Thanks. The 'man in mountain' teapot is 5cm in height, base is about 5,5cm. If you need more information, email me and I will get the info for you. Thanks again.

Xiao Bai…thanks. I located the book for sale in Hong Kong. I shall pick it up when I am there.

Sorry, Wilson, I did not notice your reply until now.
The book is called 鈺壺雅集. It is quite nice.

I am not sure if it is the same book as the one you got in HK. This one is published by a Taiwanese publisher.

I will check the sizes of your pots and let you know latter. But I was told by more experienced people not to pay much attention to the size.