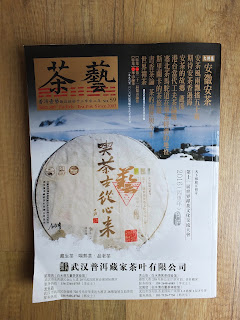 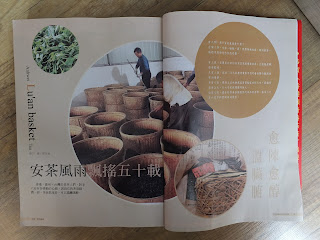 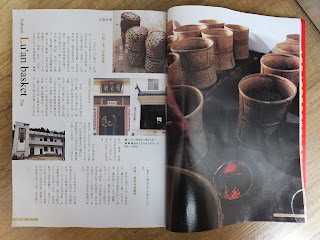 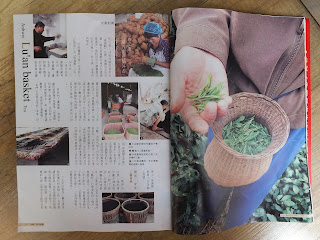 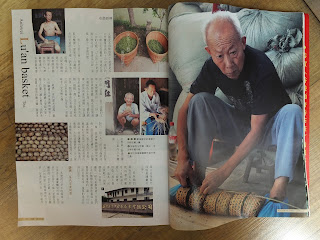 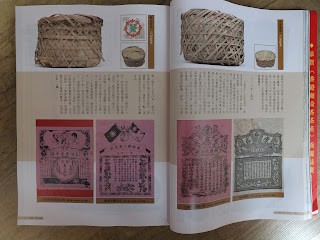 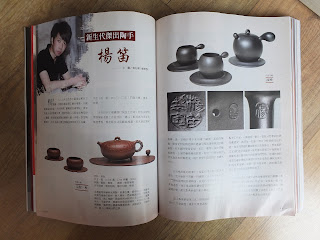 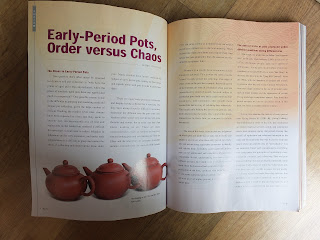 Tea Art magazine issue #59 main article was about Liu Ann Tea.  I hoped the pictures on that article will give you an idea on the production of Liu Ann tea.  This tea is mainly produced in Fujian Anhui in China.  Vintage Liu An tea are now very expensive and are highly sought after by the Chinese tea drinking community.  Liu An are traditional packed into bamboo baskets and this tea can be kept for many years allowing the tea to 'age' to a mellow and smooth tea.

I was also told, while have tea sessions with my tea drinking groups, that Liu An tea was also drank as a medicinal drink.  A good strong brew of Liu An tea will help alleviate cold and flu symptoms. Old Chinese medical halls would often used Liu An tea as a liquid base to concoct a bowl of Chinese herbs for their customers.

This issue also showcased young teapot potters.  Notice the interpretation of the tea set in in the 7th pix. Nice.

There was a rare article on teapots in English as well.  Written by Chi Lin Lu, the author suggested that for collecting vintage teapots, a collector must be familiar with the clay, production styles and appearance of that period before you purchased a vintage teapot.  The author compared teapot appreciation to that of buying vintage pu erh tea where a buyer must be familiar with certain characteristics of that tea citing features like type of paper wrapper used, size and thickness of the cake and even the appearance and depth of the cake centre hollow.  An interesting read.