My Introduction to Japanese Tea 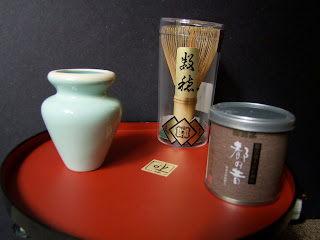 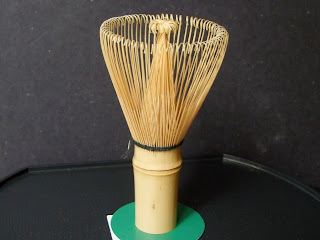 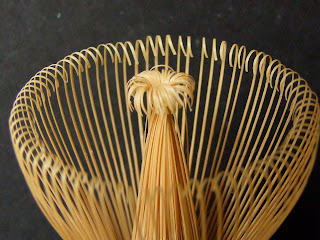 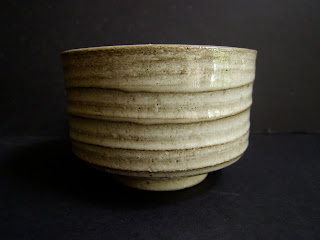 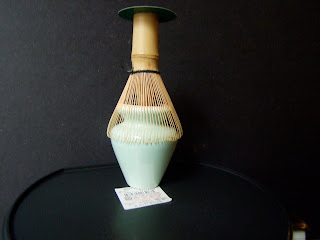 Let me explain.  If you have seen videos of Japanese tea ceremony (do a internet search); the elaborate movements, the immense attention to details and the various tea utensils used enhances and bring the aesthetics of tea drinking to a new level.

I went to a store that specializes in Japanese tea and got myself a tin of tea (20gms), a tea whisk and a whisk holder.  Honestly, it was the tea whisk that fascinated me.  These 3 items costs me about US$60.  The tea bowl and tea tray in the pix was an inexpensive addition to complete the set.  The whisk holder is to hold the tea whisk to dry to keep the whisk’s shape.

The book “The way of Tea” by Lam Kam Chuen mentioned the history of Japanese Tea as “At the beginning of the ninth century, Japanese visitors to China took home the fashion of tea.  On in particular, the Buddhist monk Dengyo Daishi, studied in China until AD 705 and then took back some seeds to his monastery when he returned to Japan.  Initially, tea was consumed by Buddhist monks to keep themselves awake during long periods of meditation, although by the 13th century, tea had grown popular outside the monasteries.  The Japanese began their own research on tea and evolved their own ceremony, which is very different from the Chinese way of tea.  In China, the focus is on enjoying the flavor and taste of the drink itself, whereas in Japan the focus is predominantly on the ceremony.”

Here are some Japanese terminology.  “Matcha” refers to the powdered tea leaves.  The process to make matcha is steaming, then drying the tea leaves and finally grinding the dried leaves by stone mill into powder.  “Chawan” refers to the teabowl.  Any bowl, according to my neighbour would do, but ideally a flat base bowl is good to prevent the tea from spilling during whisking.  The whisk known as “chasen” is made from a single piece of bamboo.  The tea prongs, ranges from 80 to 120, are used to whisk the tea powder when hot water is poured.

An extremely simplified of making Japanese tea is to use and place a small spoon of tea to the chawan, add hot water (about 50ml), stir well with whisk until it foams then move whisk slowly to make the foam fine.  Tea is ready to drink.

It would be a privilege if any of my Japanese readers can share more information on Japanese tea or if possible link me to a Japanese tea farm/store where I can learn more about Japanese tea. It would be a beautiful excuse to visit the Land of the Rising Sun.

That's a good-looking chasen. The whole set is a nice way to touch on the ceremony for yourself at home. Matcha is such a good-tasting tea at the higher grades and accoutrements like this just complete the experience.

I second that jason. I love tea ceremony. The calmness and mindfulness is a very good spiritual practice as well as ending in a delightful bowl of tea!