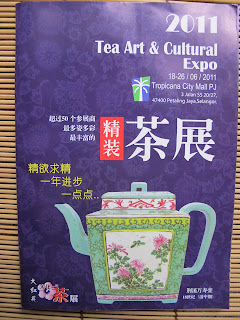 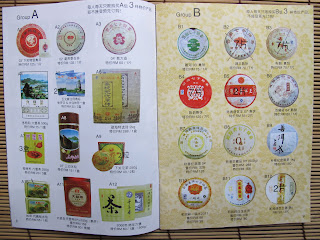 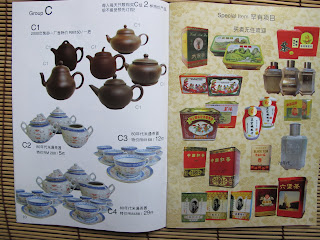 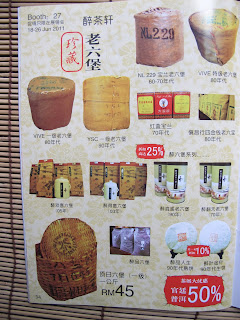 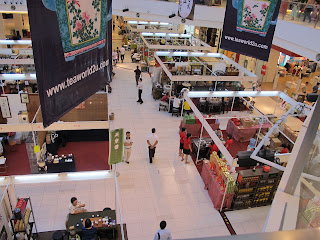 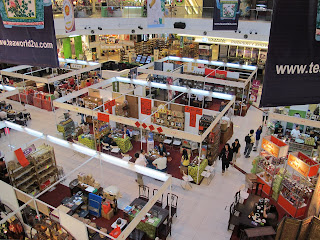 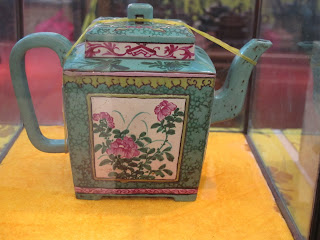 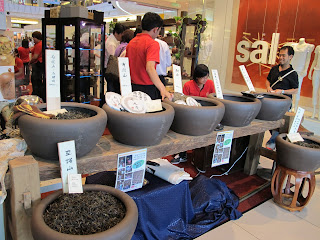 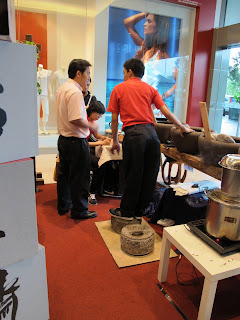 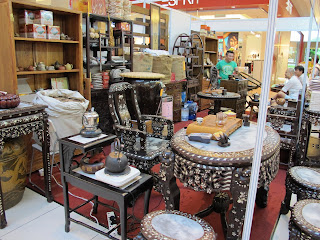 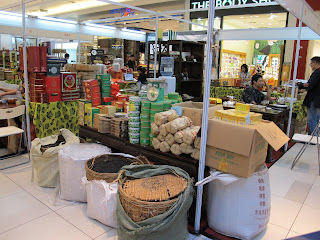 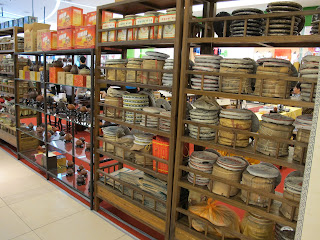 I went to Kuala Lumpur (KL) last week. I would like to take this opportunity to thank my new tea friend, Mr Chua, who uses the nick 'auhckw' in international tea forums. Many tea collectors and enthusiasts would be familiar with 'auhckw' as he is prolific in his posting of news and pictures of the Chinese Tea market in Malaysia. I am grateful that 'auhckw' has been generous in sharing his tea knowledge and makes every effort posting pictures of tea, teapots and other Chinese tea related materials almost on a daily basis especially on teachat.com.
I had introduced myself to auhckw early last month and had communicated with him on the internet seeking his expert advice on Chinese Tea. He was very friendly and was able to answer all my queries on tea. He had also mentioned that there was a Malaysian tea expo, held yearly, that would be on in July. He suggest that I attend the expo and even give me pointers on which teashops to visit while in KL. He even offered to accompany me to his fav teashop in one of the afternoons (see later blogs). That week was a quiet week and my wife was on vacation. We were in KL before we knew it.
The 2011 Malaysian Tea Art & Cultural Expo was held in Tropicana City Mall. We just took the train and then switch to a complimentary shuttle bus to the mall. The ride there was a breeze.
This blog entry is picture intensive and would give you an inkling of the Tea Expo. You must click the pictures for clearer and enlarged views.
The 1st four pix is a brochure given to visitors of the tea expo. As a treat to visitors, they are allowed to purchase (supposedly at special prices) one item each from Group A, B, and C. Auhckw instructed me to get the Menghai cakes in red tin (2nd pix, lower left). This is the 2011 ripe pu erh. The tin consists of 5 cakes each 150g per cake. Pix 4 shows an ad taken out by one of the exhibitors there. This exhibitor was a teashop specializing in Liu Bao Tea. I purchased some of this aged tea at one of the booths.
Visiting the individual booths was interesting. You could sample some of the teas on offer and buy the tea or teaware at special prices. I bought 2 stainless steel tea caddies while moving around the booths (pix 5 & 6).
Pix 7 is the teapot that was the main highlight on the cover of the tea expo brochures and posters. Auhckw mentioned that its made from Yixing clay, enamelled and painted on the outside. Qing dynasty period.
Pix 8 & 9 was an interesting stop for me at the tea expo. You can buy 200g of raw pu - you choose from different types or grades from the large jars, pay for it and have your tea compressed manually into a cake. Pix 9 shows an assistant standing on a stone press compressing a tea cake. You can even personalize the tea wrapper for your tea cake.
The tea expo was well organized. As it was held in a shopping mall, visitors like me can easily have a meal at one of the many restaurants or fast food joints there. My wife and I had the luxury to do some shopping at the mall before calling it a day. Very enjoyable.
Posted by wilson at 9:04 AM