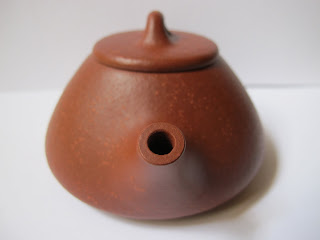 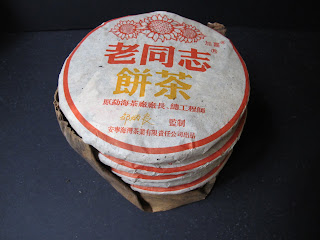 This well written article is by Aki Omuri, and is from the Daily Yomiuri Online 29 Jul 2011. Article as follows:

"Nowadays, many people are able to enjoy Chinese tea such as oolong and pu'er thanks to its availability in bottles or cans. By making the tea yourself, however, tea time can be a wonderful experience as you can better understand and appreciate the scent and rich taste of the tea.

According to Chinese tea expert Naoko Iwasaki, there are more than 1,000 kinds of Chinese tea, either from China or Taiwan. Iwasaki said Chinese tea is divided into six groups, including green, white and black, and is categorized by the level of fermentation, processing, the color of the leaves and other factors. Although the most common tea in China is green tea, the way it is prepared and enjoyed is different from that in Japan.

Iwasaki, a tea arts master certified by the Chinese government, has run CHAZENsodo, a salon to share the enjoyment of Chinese tea, in Shinagawa Ward, Tokyo, since 2004. She also is the director of the Japan Chinese Tea Culture Association.

For beginners she recommends Chinese oolong tea, the most well-known among blue teas with moderately fermented leaves. "Taiwan oolong tea, in particular, is aromatic and doesn't have any surprises," Iwasaki said. She said uniformly shaped dark green leaves are characteristic of good tea.

The joy of Chinese tea is found not only in the flavor but also in the scent and color. In the making of authentic Chinese tea, small, purpose-built tea cups and pots are used. "With them, you can completely enjoy the scents and flavors. Tea can also be prepared in ordinary, small teapots and sake cups," Iwasaki said.

In the art of making tea, the teapot and cups are first warmed by pouring hot water in them. Iwasaki says that after the water is poured out, about five grams, or two teaspoonfuls, of tea leaves should be put in the pot. The lid is then placed on the pot to let the leaves steam for a few minutes. When the lid is removed, a refreshing and crisp scent fills the air.

At this point, just enough hot water to cover the leaves is poured into the pot and then poured out after a short time. "You can drink it then if you want to, but the first batch of hot water is to make the leaves open," Iwasaki said. She advises that hot water be poured in again, and the tea is ready when about 70 percent of the leaves open. The hot tea in the pot should be poured into a separate container, called yuzamashi, before being served in cups. "You can enjoy the scent in the second serving, flavor in the third and a pleasant aftertaste in the fourth."

While taking in the beauty of the light green tea, you can enjoy the slightly sweet, mellow taste, Iwasaki says. After drying, a pleasant aroma will remain in the cup.

In Taiwan, a special slim cup is used to enjoy the tea's aroma. After the tea is made in the cup it is moved to another container and the aroma remains in the empty cup. I tried it with a cup that was once filled with oolong tea and I picked up the sweet, vanilla-like smell.

"While enjoying the color, scent or flavor, you can also delve further into the art by studying tea utensils or growing areas which may bring you closer to Chinese culture itself. The good thing about this particular aspect of the art is that there are few limits. It is up to you which leaves you use and how much time you spend to enjoy the tea," Iwasaki said."

Posted by wilson at 1:24 PM No comments: 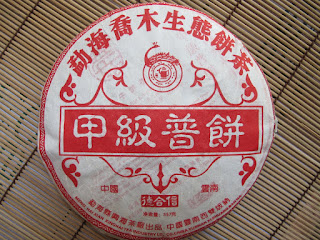 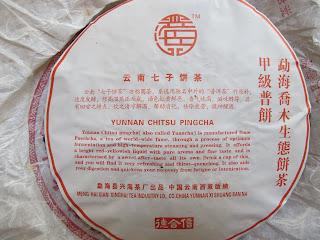 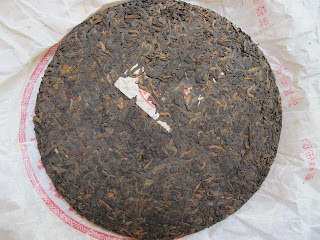 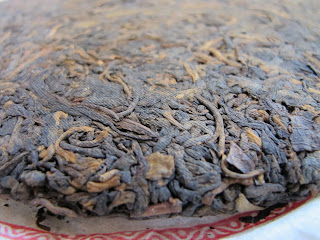 Posted by wilson at 1:17 PM No comments: 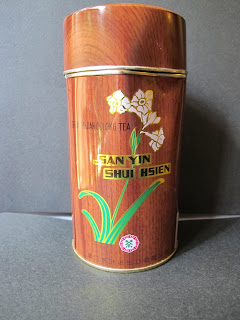 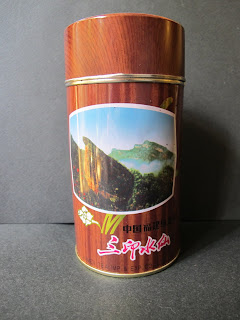 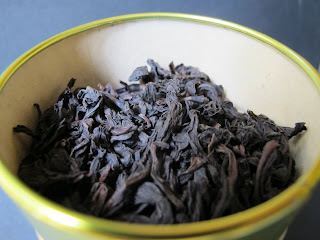 I had purchased this tin of 2007 Sea Dyke - San Yin Shui Hsien at the KL tea expo last June. (see 1 Jul blog). This tea was offered to visitors to the tea expo at a price of 15RM (about US$6).
This 100g shui hsien was advertised as a 2007 edition, though there were no markings on the tin to evidence this claim. Sea Dyke brand is famous for their production of Fujian oolongs and their Lao Chung Shui Hsien is one of the most popular tinned oolong tea (see blog 15 Oct 2010).
This tea can brew 5-6 infusions of oolong tea. Its has a nicely roasted, robust aroma with a sweetish aftertaste. . I myself prefer the other version (lao chong shui hsien) as I prefer a stronger and more robust scent and flavor - a personal preference.
I had found out that current editions (2010-11) of this san yin shui hsien sells below US$5 and in my opinion gives really good value for money. Comes in a nice metal tea caddy. Recommended.
Posted by wilson at 2:08 PM No comments: 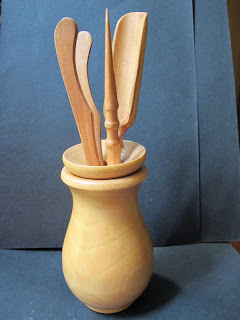 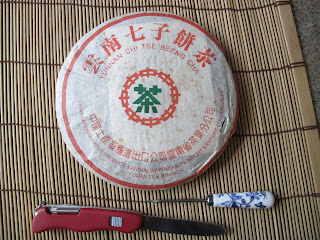 There are “tea tools” that one can use to help make an easier and comfortable brew. Pix 1 shows a common tea tool set which you see at tea sampling tables in a teashop. These tea tools can be made from wood, bamboo, plastic or even metal. The tweezer is commonly used to handle the teacups during the tea rinsing exercise. The tea leaf scoop need no explanation. Lastly, the sharp pointed needle tool is to (poke yourself for buying too much tea) help clear any tea leaves that may be stuck on the filter inside the teapot. I usually use this tool only when I am rinsing the teapot after use. This set comes with a funnel that you can place over the lid of the teapot when you pour the tea leaves into the pot with your scoop. Such tea tools set are usually inexpensive ($5) but can be pricey as well ($200+).

The last pix are tools to help you break or pry open a pu erh tea cakes. Pu erh cakes, bricks or tuos are normally compressed very tightly and using your bare hands to break the cake can be quite hazardous. You can use a regular metal letter opener or in my case a swiss army knife. I insert the knife into the cake, at the 12, 2,4,6,8,10 o’clock positions. I could then pry open the tea cake lengthwise and I end up with 2 pieces. It can now be broken by hand to smaller pieces to be stored in your tea box/caddy. It is important that you perform all these steps, I had mentioned, slowly. This would reduce the amount of tea dust resulting from opening the cake. I try not to keep and brew the tea dust as they tend to clog up the filter in the teapot and affects the pour-out of the tea.

There is also a tea pick in the last pix. Most teashops and tea drinkers commonly use this pick to pry open their teacakes. Knife or pick…..it a personal preference.

I would make a brew of the tea after breaking up the pu erh cake. I would, however, make subsequent brews a week later so as to ‘awake the tea leaves’ (see previous blog for my explanation).

Posted by wilson at 9:35 AM No comments: