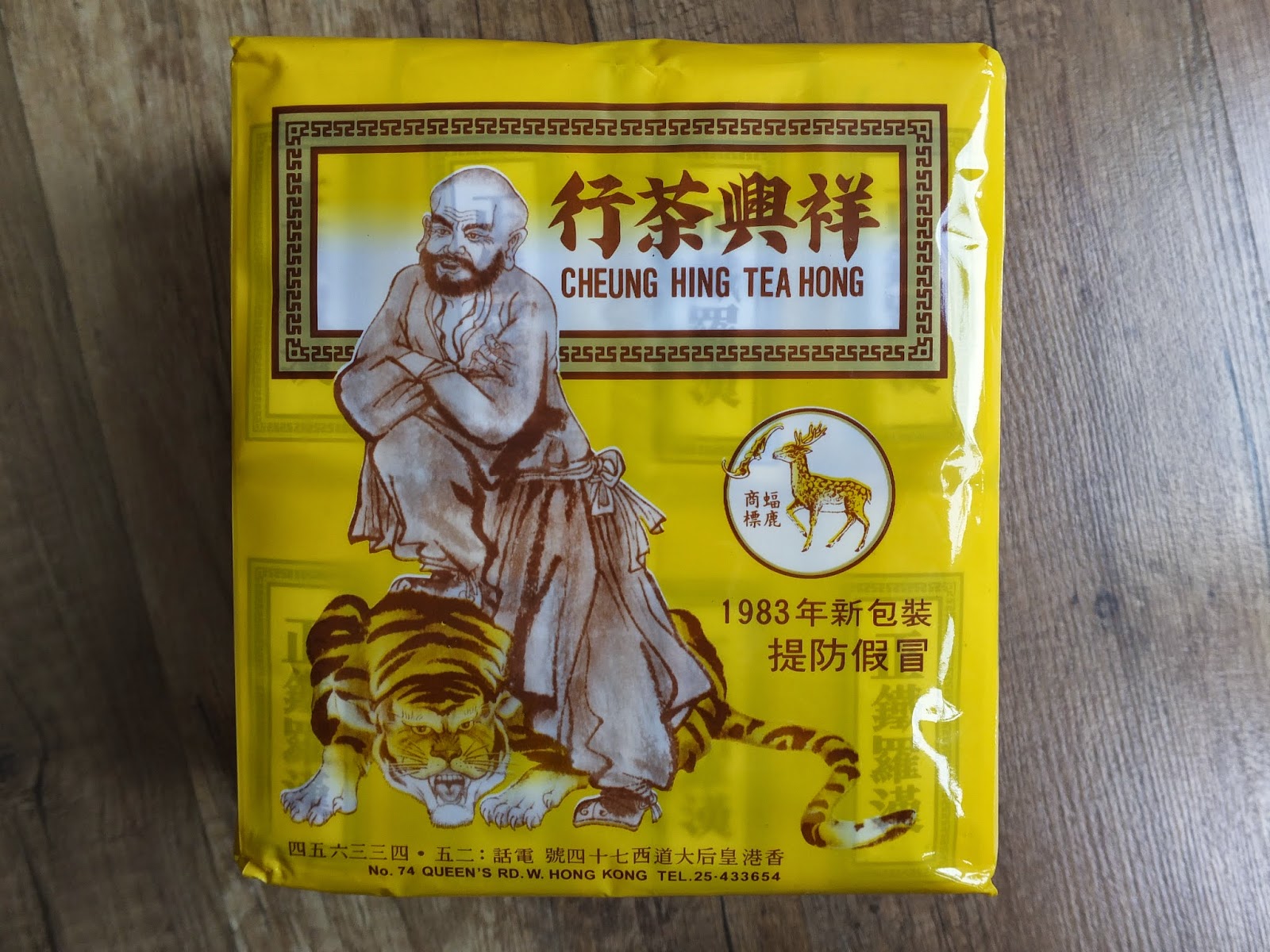 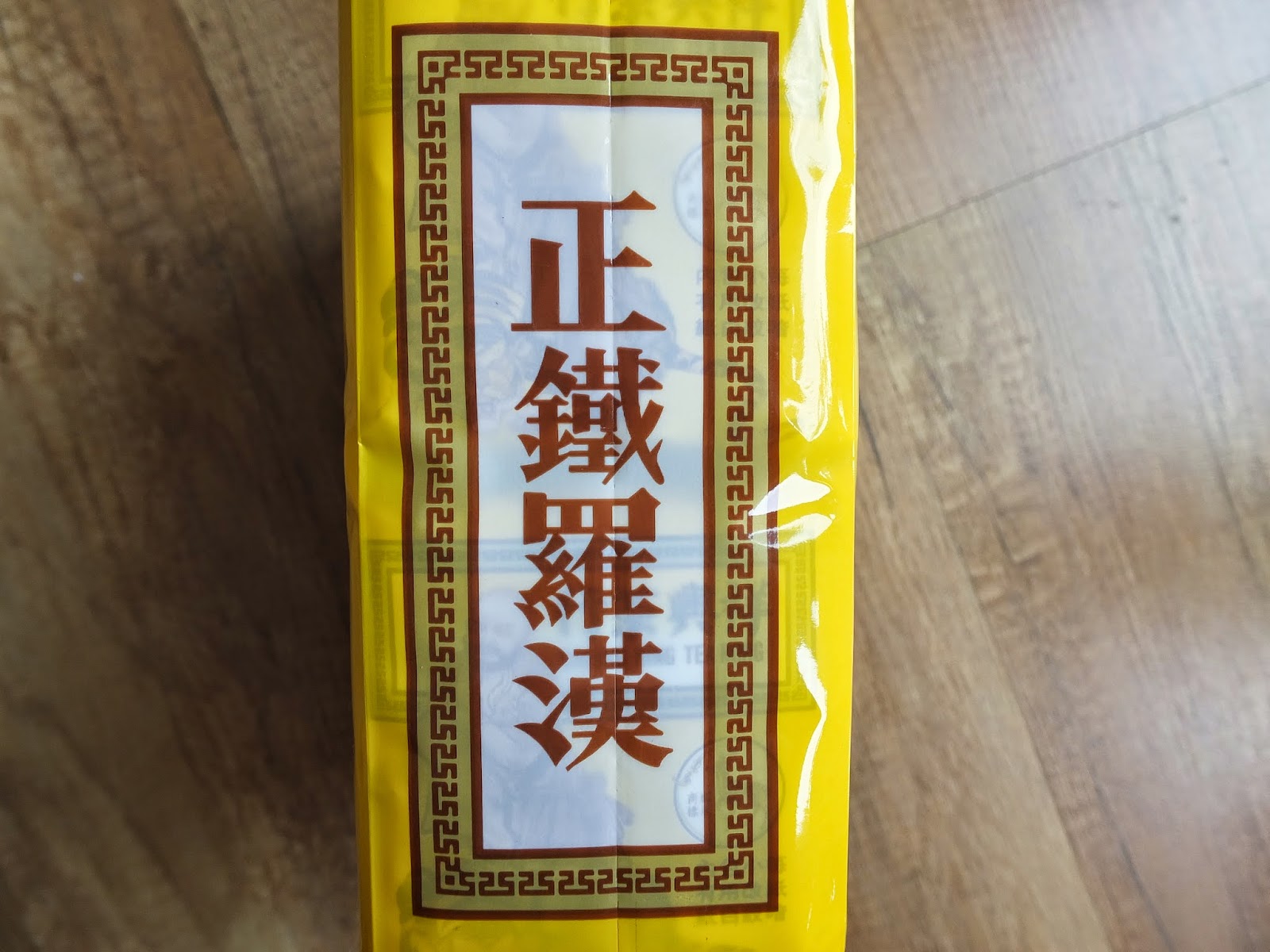 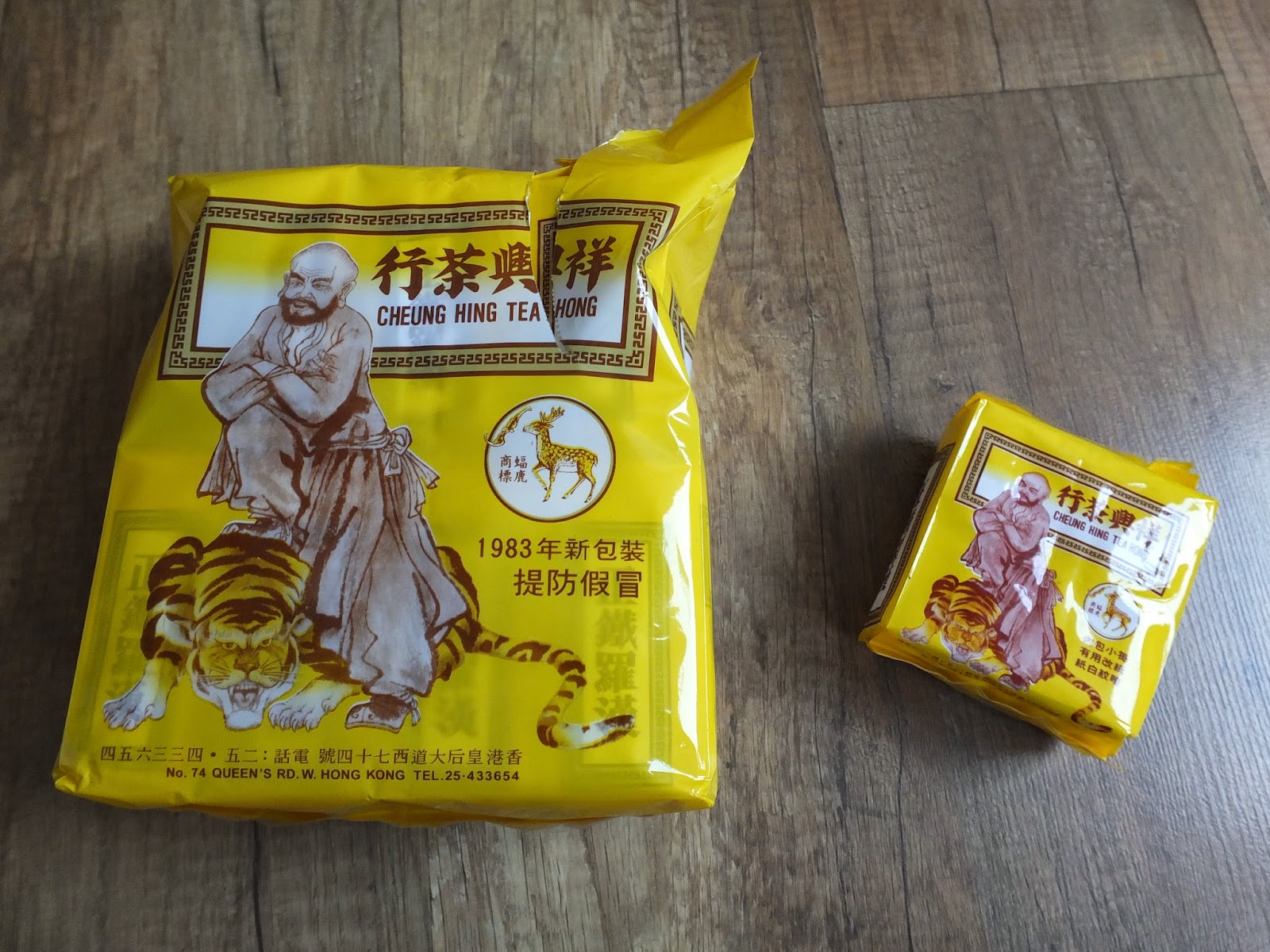 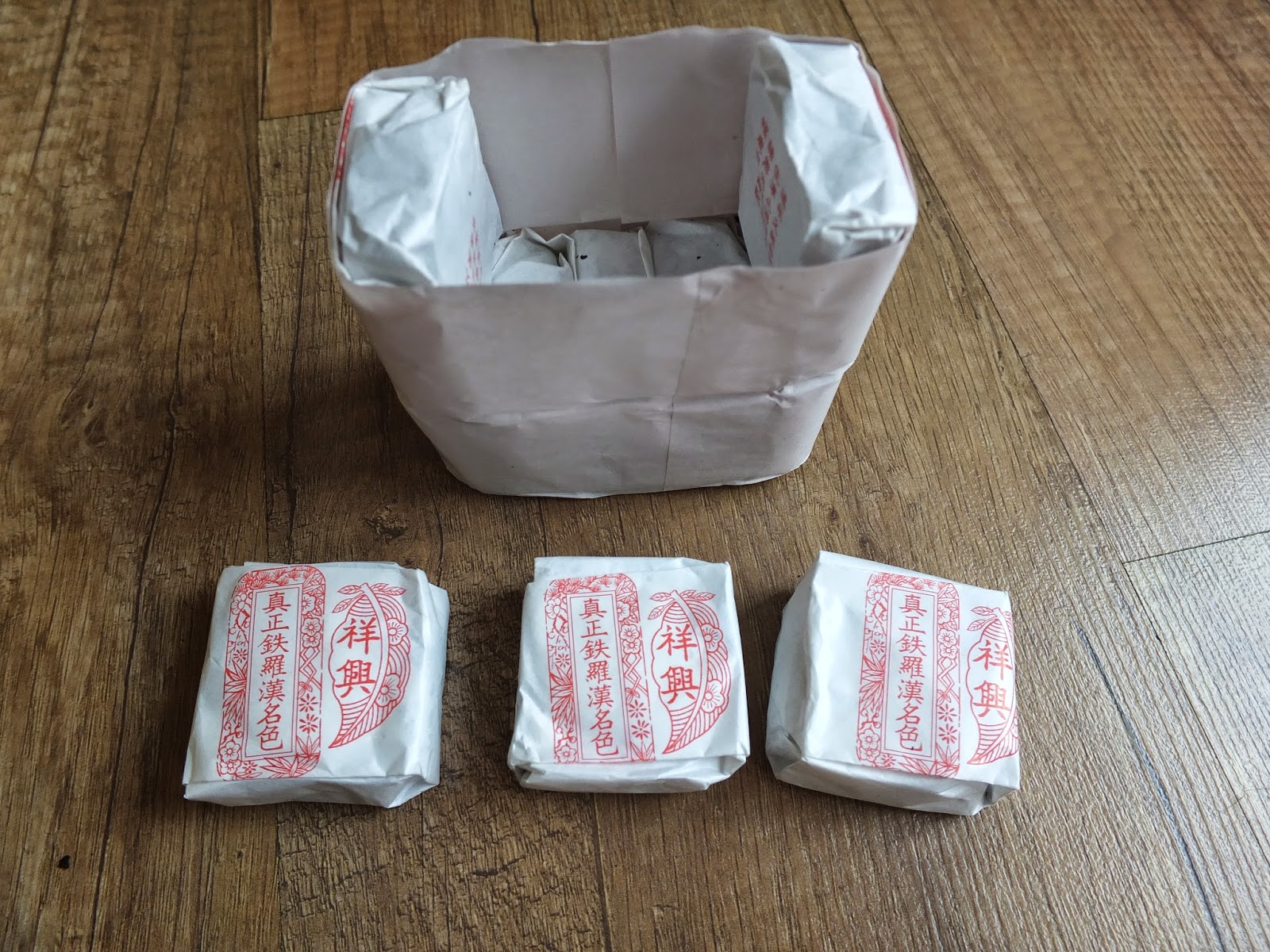 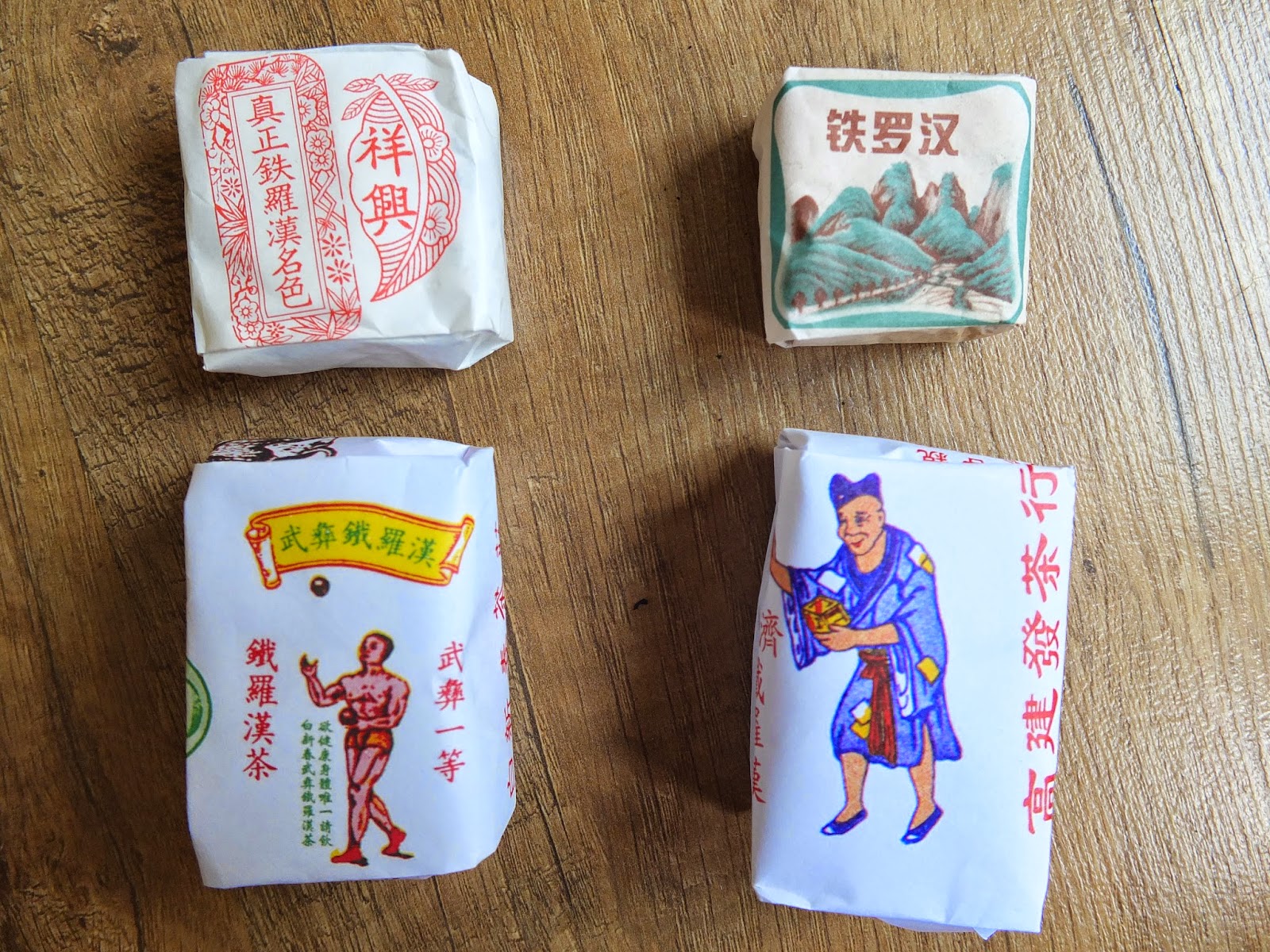 "Wuyishan Mountain is an amazing Kingdom of tea trees. It produces countless tea cultivars. For hundreds of years, among them, some ones are considered having supreme character. Tea lovers usually call them "Ming Cong"（Famous Bushes 名枞）. Yancha made of Ming Cong features rock charm and tastes mellow, thick, sweet and brisk, mixed with a flavor of wild tea. Its soup is orange yellow and bright. Mingcong tea tree requires an ideal environment, so most of them grow up in Mingyan producing area. There are four Ming Cong which are seen best and called "Si Da Ming Cong"(Top Four, 四大名枞). They are Da Hong Pao（大红袍）, Tie Luo Han（铁罗汉）, Bai Ji Guan（白鸡冠）and Shui Jin Gui（水金龟）."

There you have it. Tie Lo Han is one of the major oolongs of China. However, buying Tie Lo Han from Wuyishan would be an expensive proposition as demand exceeds the small supply of oolong that is produced in that region. Most of the 'Ming Cong' oolong teas that we drink would most probably be from the tea growing regions at the lower altitudes of Wuyishan and possibly even at the outskirts of this region.

Cheung Hing Tea Shop in Hong Kong sells their Tie Lo Han in small hand wrapped packets of about 6.5g each. These packets are further packed in a bag of 10 and 8 of these bags are bagged again and sold as a larger bag.

I liked this Cheung Hing tea as this high roasted Tie Lo Han exudes a woody and herbal scent, reminding me of a nice traditional Chinese herbal tea. I felt this tea was memorable in a sense that the flavor and aroma stays in the mouth after a tea session and leaves a pleasant reminder of the tea. This tea can brew up about 6 infusions before weakening in a hurry. I had earlier sampled an older packet of this tea and found it more mellow. I shall try to keep aside this tea in my tea cupboard.

It was interesting while I was in Hong Kong, another tea shop there classified and sold their Tie Lo Han as old Shui Hsien (another Chinese oolong). One other shop even told me that their Tie Lohan is a blend of oolong tea. These shops had been around for many years and have a loyal following of customers who knowingly purchased these tea. I had tried their tea and they are very good. I have no qualms about this issue. To me, as long you are happy with your tea, it is a good tea.

The last pix shows the 4 Tie Lo Han tea in my collection. From top left in a clockwise direction; these are the Hong Kong Cheng Hin, Sea Dyke and the lower 2 from Singapore from Koh Kian Huat tea merchant and Pek Sin Choon. Noticed that all these 4 teas are individually hand wrapped and are sold in a larger packs or tins. All 4 Tie Lo Han are different especially in their aroma and roast levels.

Which Tie Lo Han should I brew today?
Posted by wilson at 1:17 PM 1 comment: 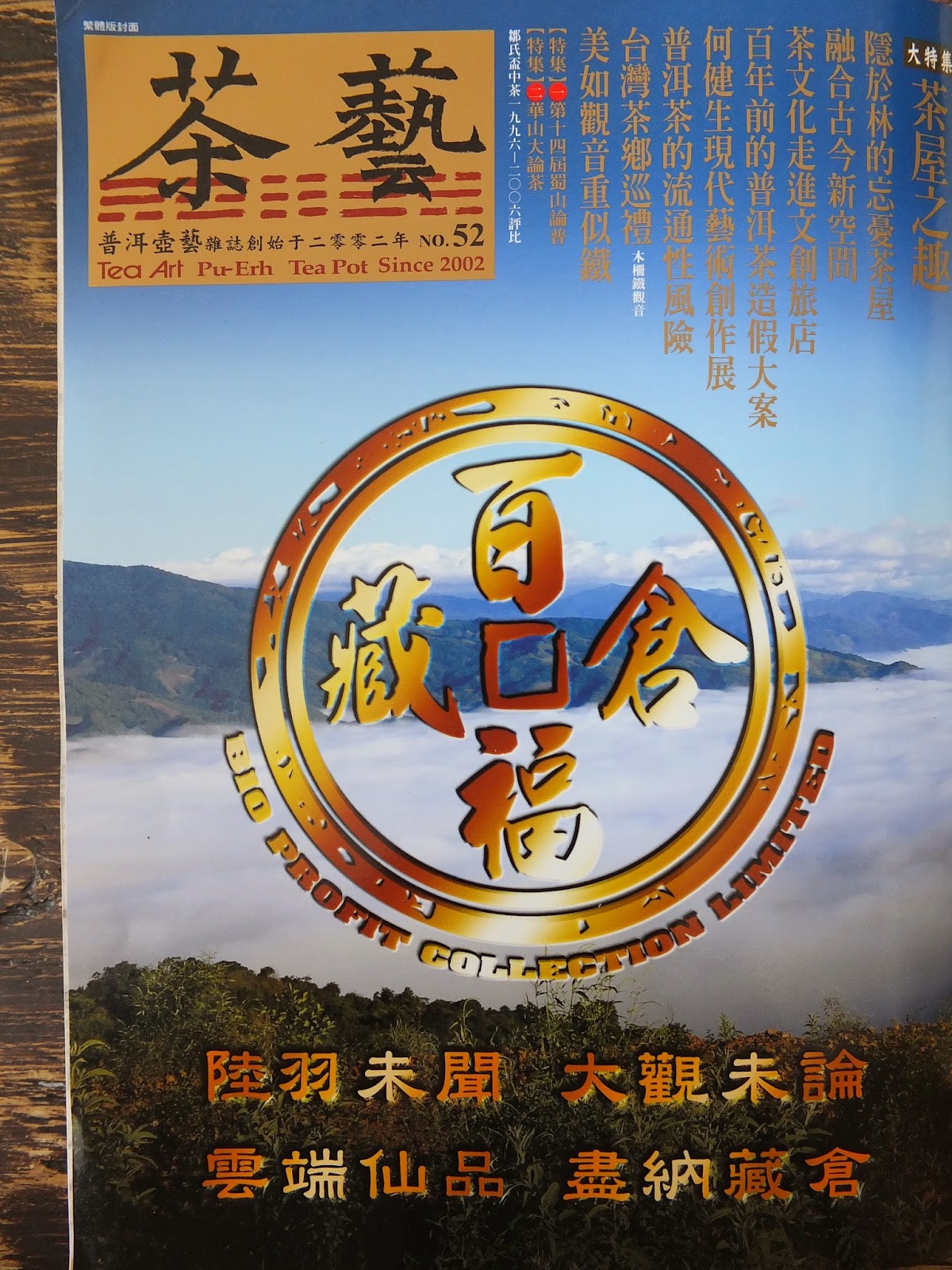 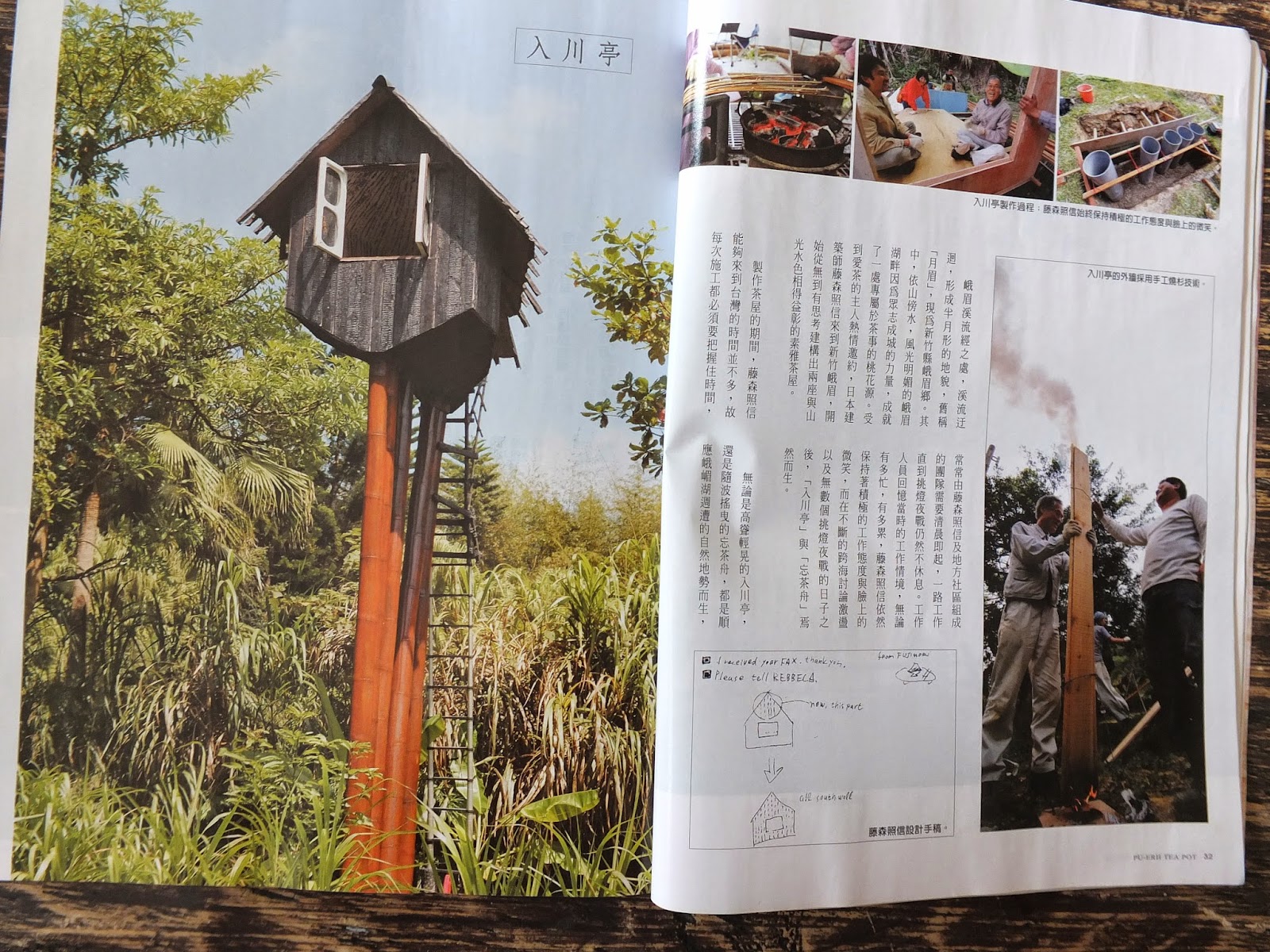 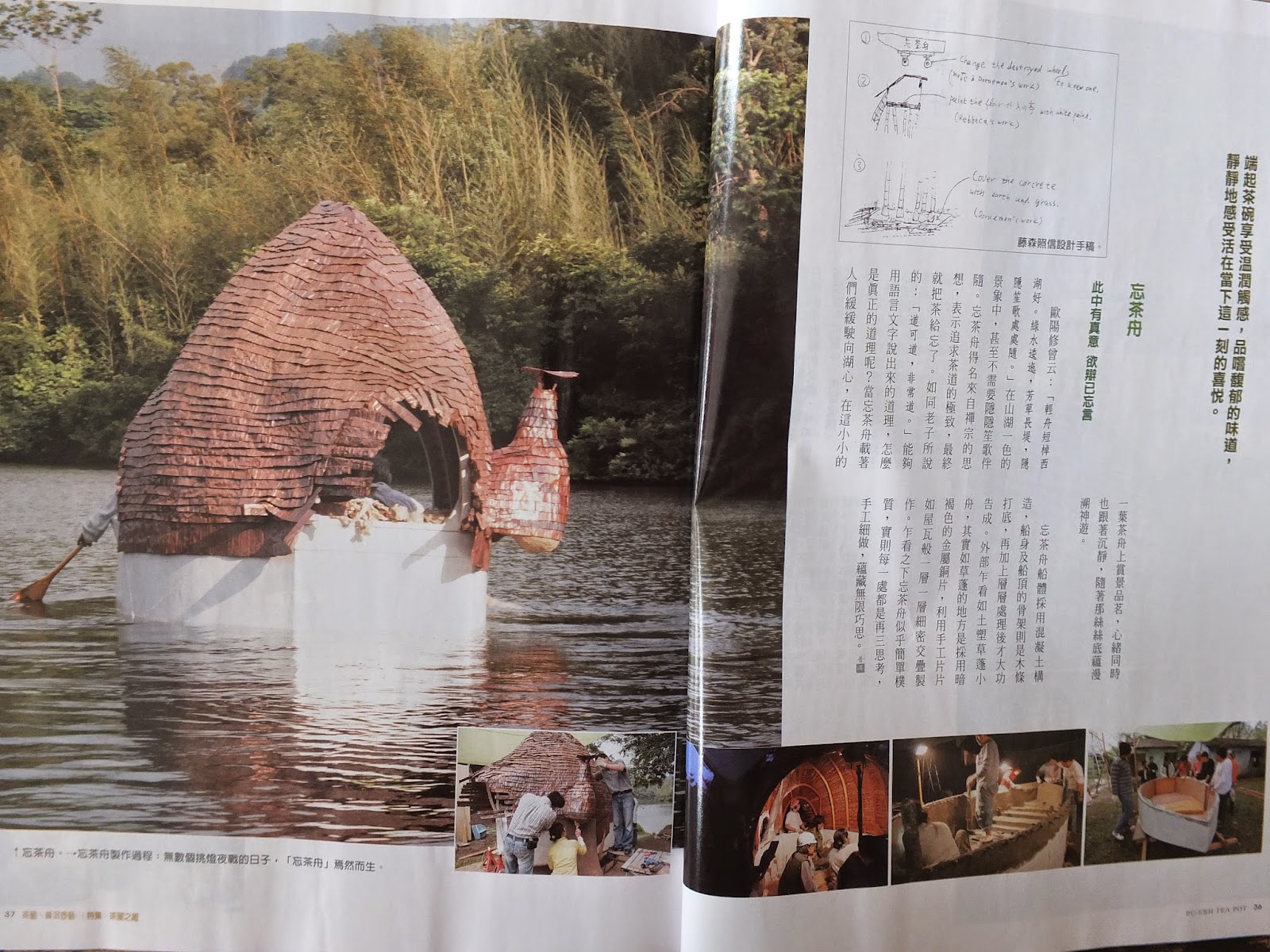 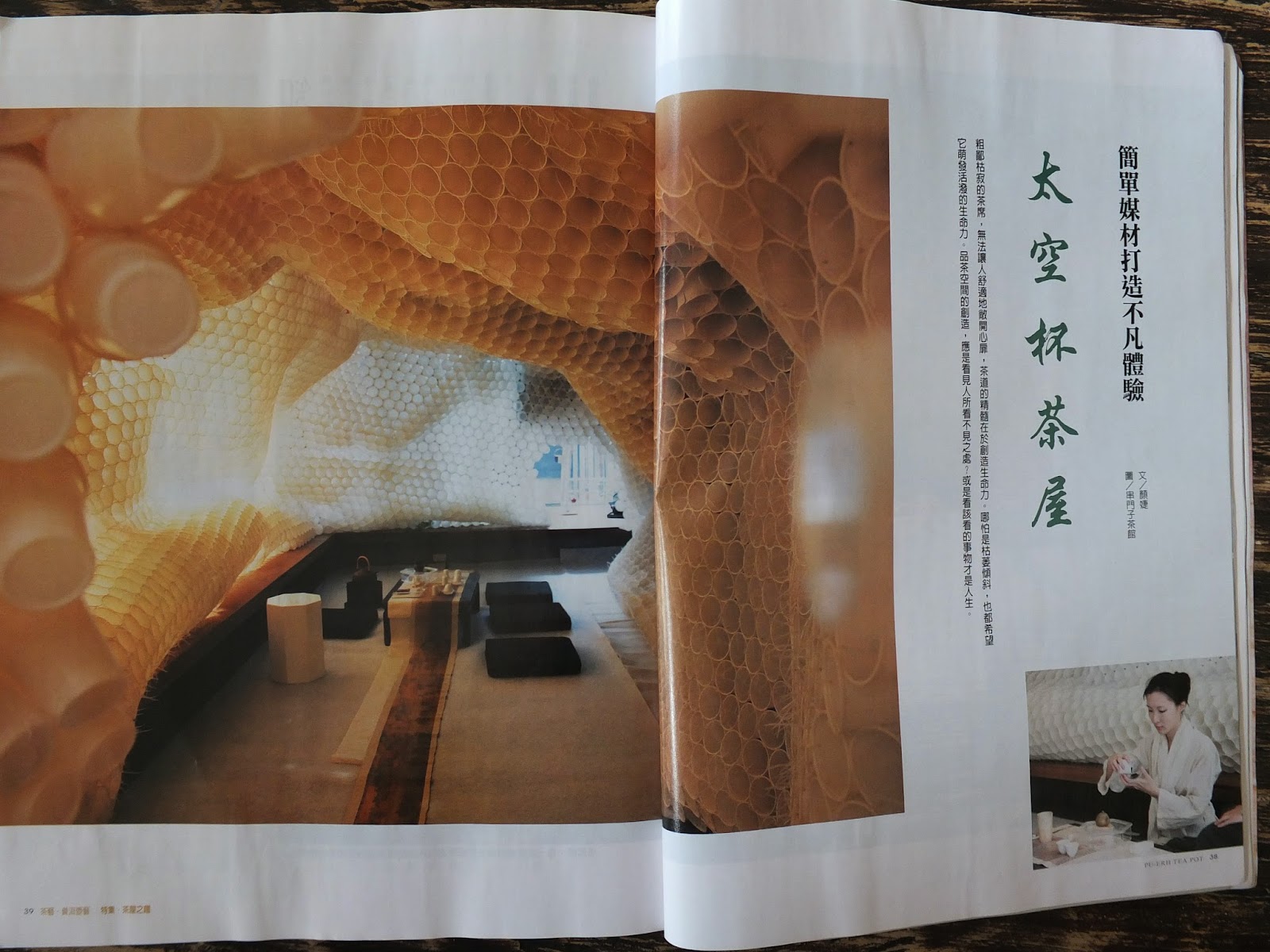 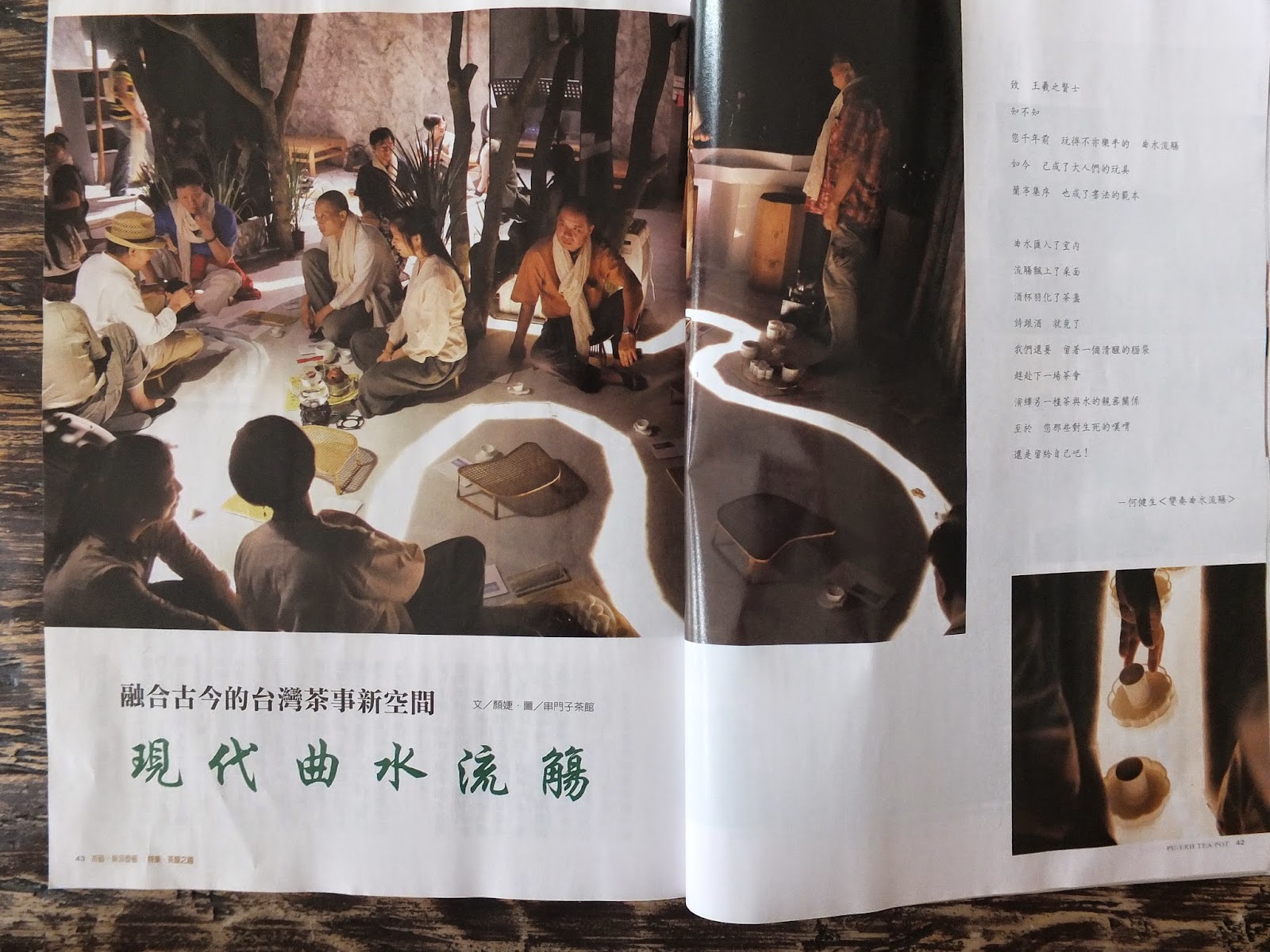 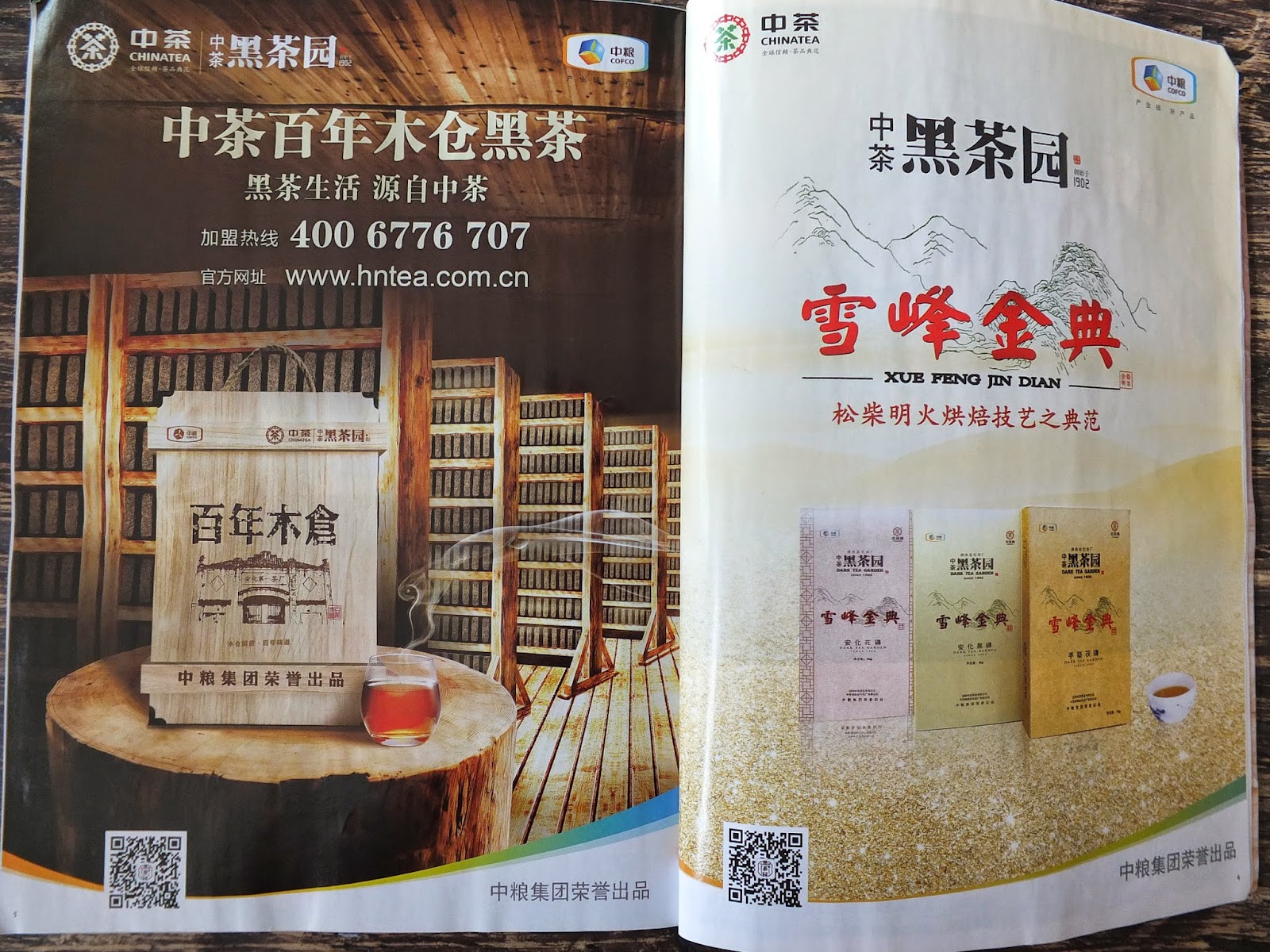 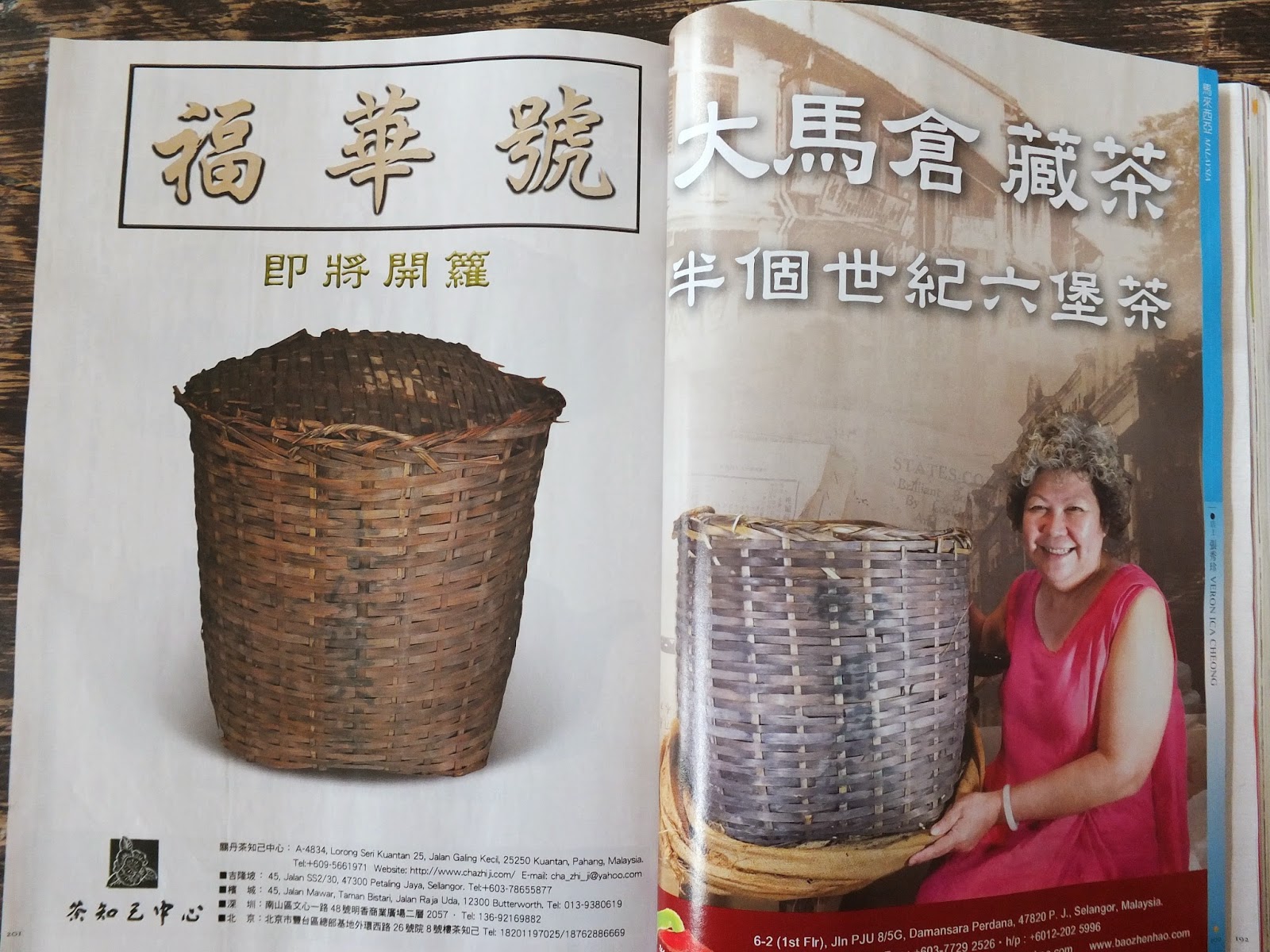 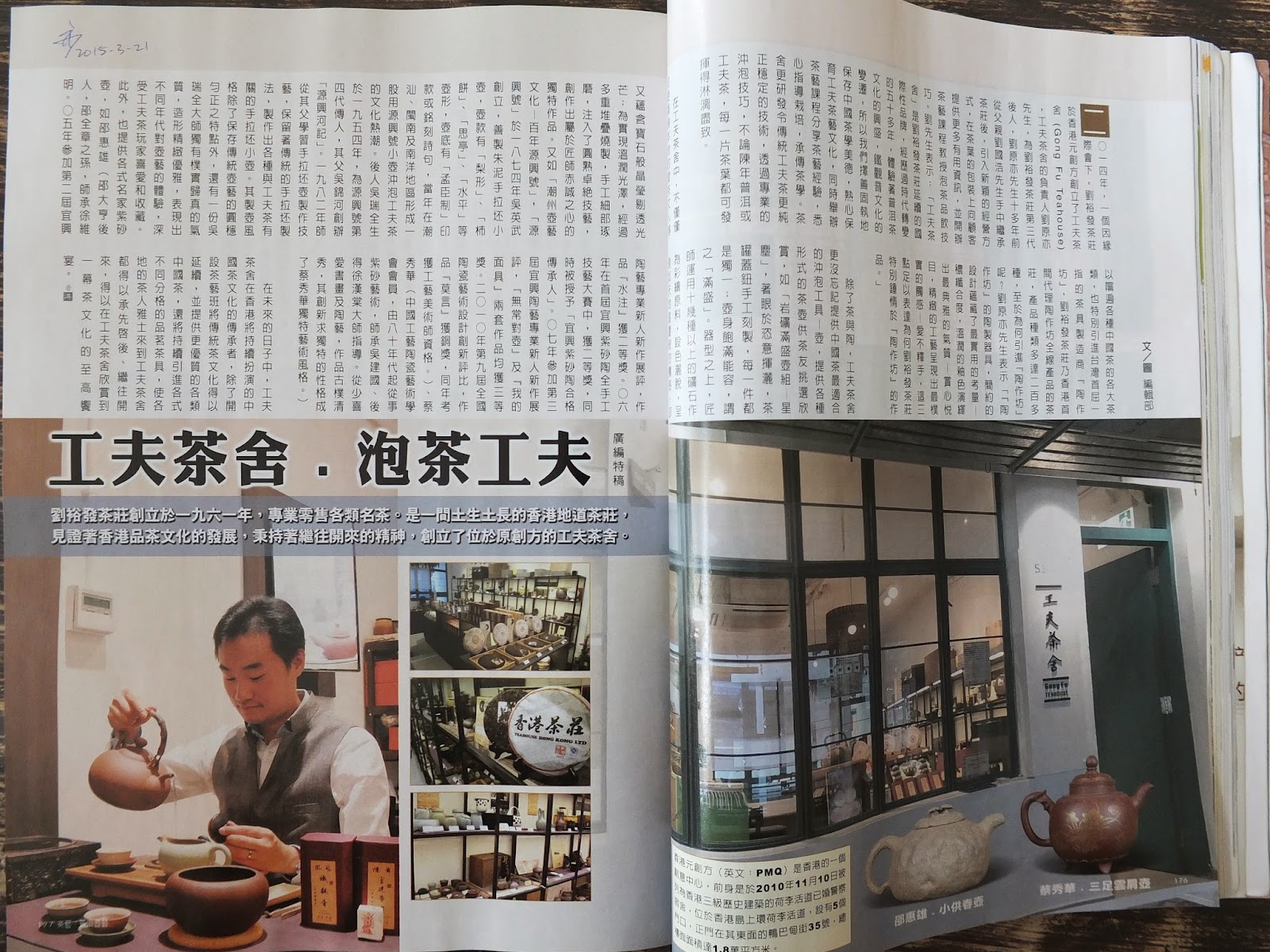 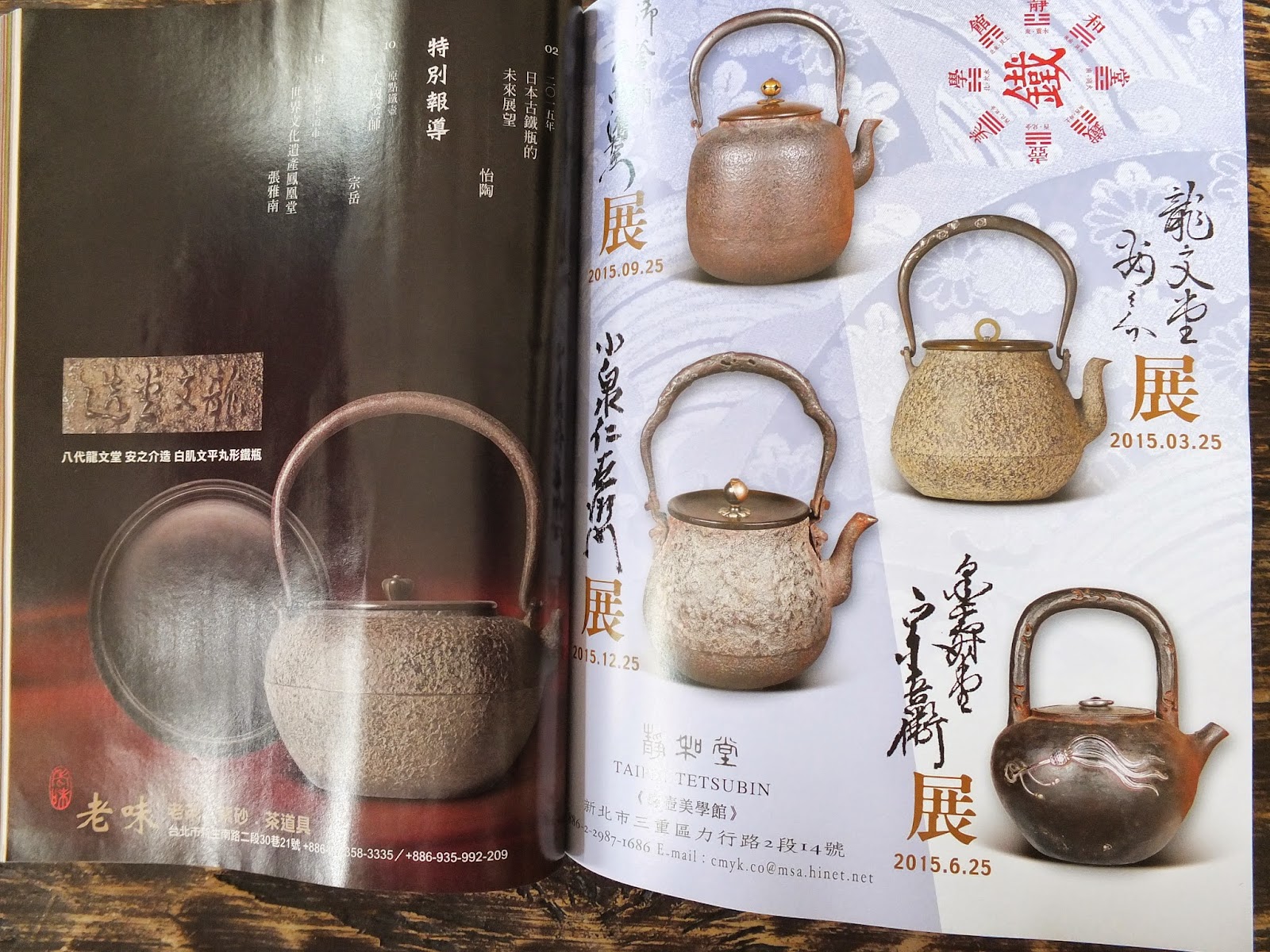 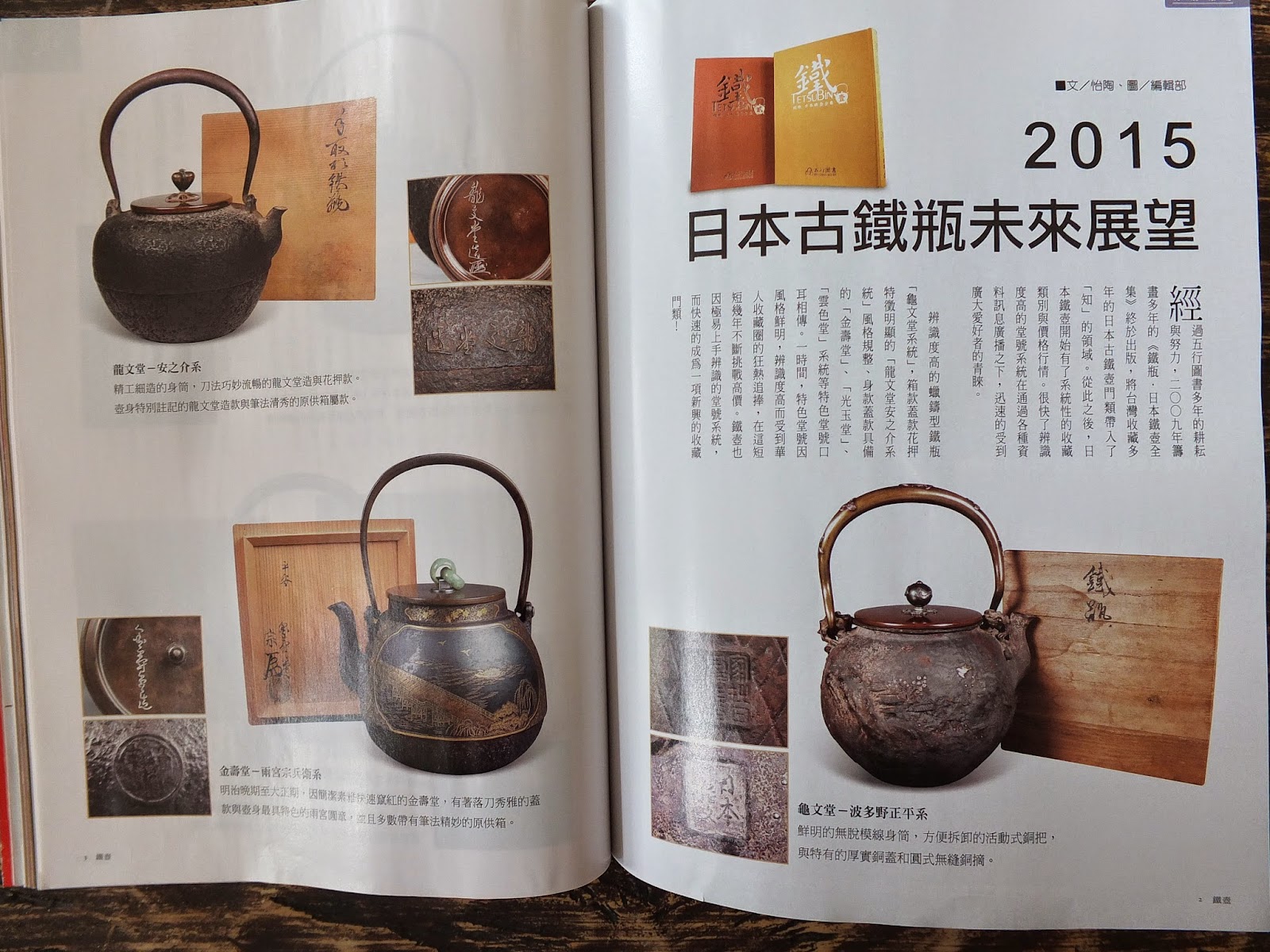 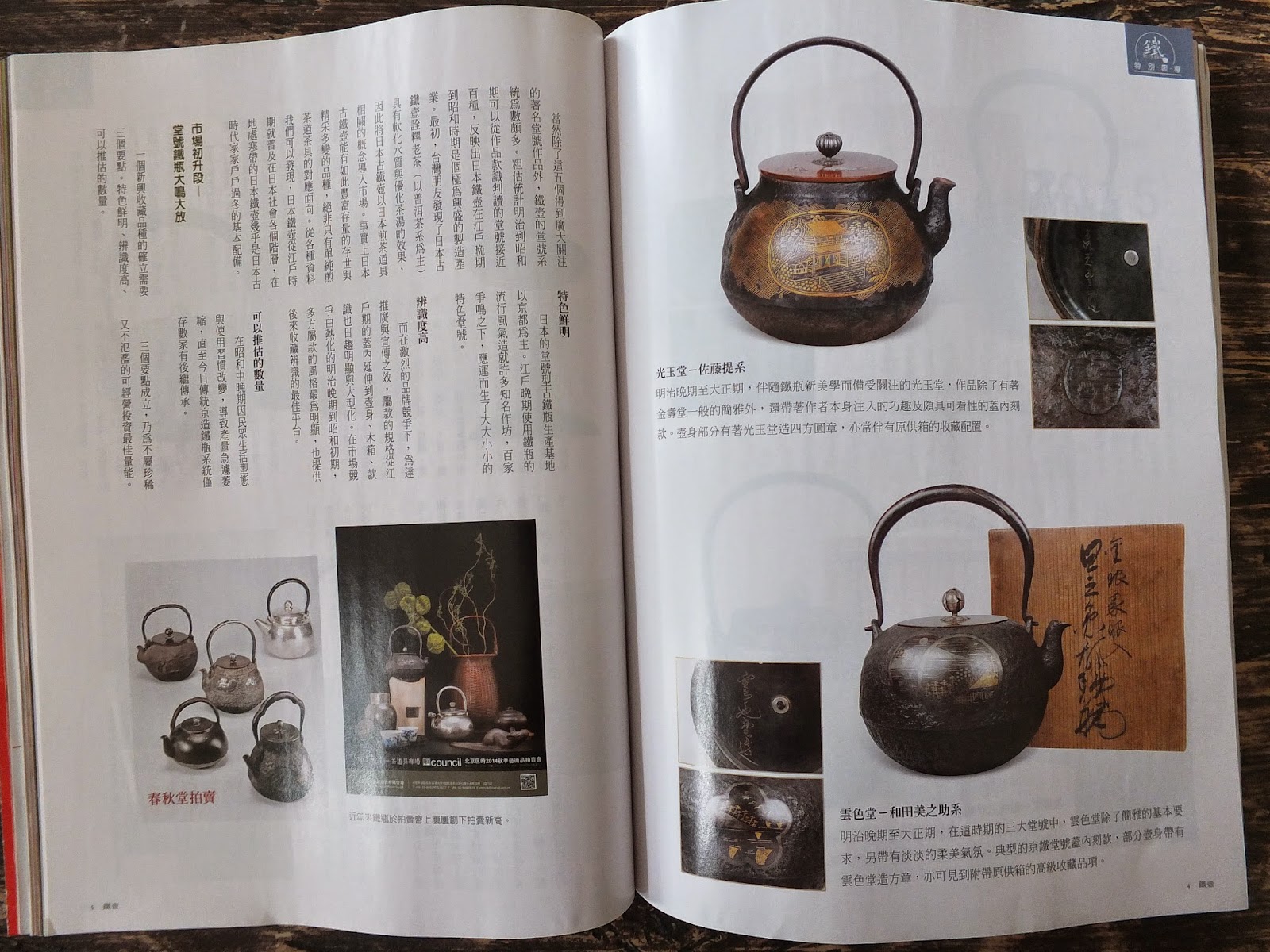 I managed to get the latest copy of the Tea Art magazine while I was in Hong Kong last month.  Issue No. 52 is an almost 500 page magazine.  This book mainly concentrates on Pu erh and teapots and most of its contents are advertisements taken out by Chinese tea companies and tea shops.  My Malaysian readers would be happy to see a Malaysian ad.  You see Veronica Chan advertising her liu bao tea shop located at Damansara, Malaysia.

Yes, one article covered the opening of Lau Yu Fat 2nd tea shop located at Central, Hong Kong.  Operated by Yik (younger Lau), I managed to get him to initial his name on the page of the article.

Another article dealt on the various unique tea rooms or places to brew your tea.  You can now brew your tea in a tree house, on a boat and yes, even in a cave.

This magazine even had an article on tetsubins or iron cast kettles.  These kettles had been gaining popularity among Chinese tea brewers as the water boiled in such kettles tasted much softer and helped enhanced (psychologically?) the tea session.  Ahem... I purchased a Chinese tetsubin during my trip last month.

A reader asked me about my outlook on Chinese tea this year.  I noticed that China Tea Co (CNNP) is  starting to making a strong presence.  While in Fangchun, many of its tea products especially its black tea are now being promoted in Fangchun.  I noticed more shops now selling CNNP black tea in bricks or logs.  I also noticed a few shops carrying more of China Tea pu erh products as well.

I think for pu erh prices, pu erh tea produced pre 2005 will continue to appreciate upwards.  Both raw and ripe (yes ripe teas) are showing good demand in the secondary markets.  Newer post 2008 pu erh will not see much price appreciation as these teas are still available and stored in quantities by collectors and tea shops.  I am sure that more than 50-60% of the big brands pu erh produced yearly (post 2008) are not consumed and are stored away in warehouses.  There is a consensus among Fangchun tea shop owners that new 2015 pu erh tea will be slightly cheaper this year (and maybe next year as well) due to reduced speculation and lower demand.  The weaker Chinese economy would dampened tea prices which may be good news for us, the tea drinkers and collectors.  For the oolong market, traditional high roasted tea are making a very strong comeback.  There is hardly any demand for light roasted oolongs.  While I was in Hong Kong, a few tea shops that dealt with traditional high roasted oolongs noticed a significant spike in demand from overseas like  Korea, Taiwan and even Malaysia for their high roasted oolongs. I may make another trip to Guangzhou and Hong Kong later this year and will keep my readers updated on the trends and prices of tea there. 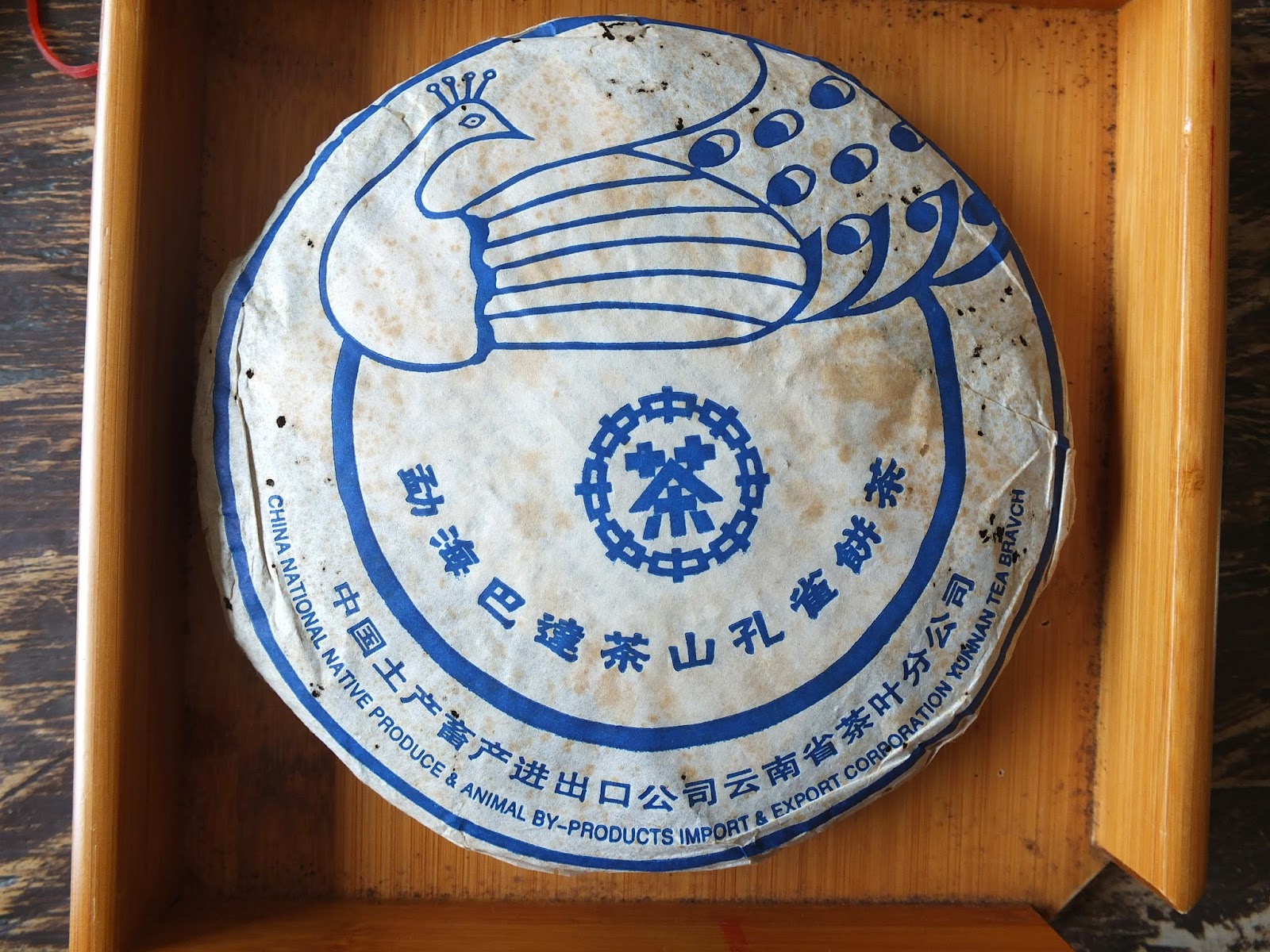 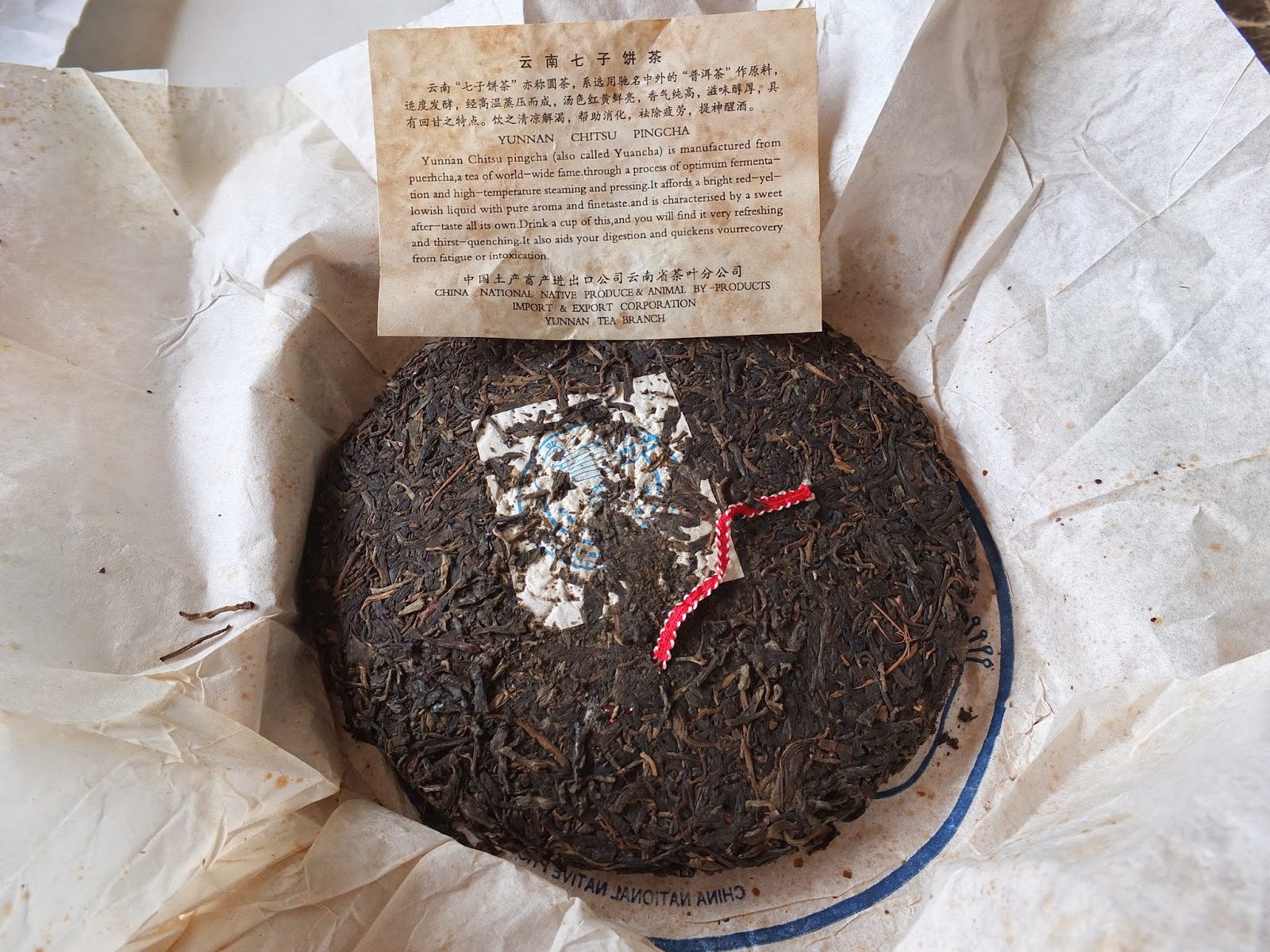 I had purchased a tong of these cakes when I was at the Malaysia tea expo in Kuala Lumpur last December.  This tea was on promotion and there were only 8 cakes (an unopened tong and 1 cake) left 'on the shelf '.  I decided to buy the lot.  An impulsive buy.

I had made many tea purchases that were a miss than a hit.  This purchase, fortunately was a value for money purchase when I tried this tea at home.

This tea had been well stored in Malaysia.  Breaking up the cake produced a dry crispy sound and the appearance of the cake looked good for its age.  My readers would know that I prefer my raw pu erh with a smoky background, but this cake was 'smoke free'.  Brewing this tea produced a citrusy aroma reminding me of fresh lime.  Not overpowering but its somewhere in the scent.  I liked this tea in that I felt heated up after drinking a few infusions, like I am going to break into sweat. Chinese tea drinkers refer to this sensation as being caused by the 'chi' or energy of the tea.  I had observed that some of my friends sweating literally when they drink 'chi' powered puerh.  My friends tell me their backs starts to sweat and even may have beads of sweat on their forehead……and my friends actually enjoy and look forward to drinking such teas.

Back to this tea.  This pu erh is produced by CNNP (aka Zhong Cha brand) and has a blue peacock printed on the wrapper.  This cake, as described in the neifei, is made from pu erh harvested from Bada region in Yunnan.  This tea when brewed exhibited a nice dry woody character, and when combined with a hint of citrus aroma,  made this pu erh an interesting brewing session.  This perhaps is one of the reasons why I go overseas for my tea adventures.  I get to explore the many types of tea while at  the same time making new friends who are passionate over their cup of Chinese tea.
Posted by wilson at 1:09 PM No comments: