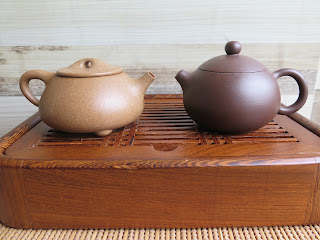 There are a few reasons why the tea seem to taste better
- frequent using of a clay teapot will have a coating of tea patina inside the pot.  It is like a layer of tea being brushed on the inside of the teapot every time the teapot is used in a tea session.  Somehow, the patina will affect and improve the taste of your tea.
-  it is possible that Yixing clay retains heat better than other material (like porcelain or glass) and the difference in taste and aroma of the tea could be due to the warmer or hotter tea.
- there are many other possible reasons and it could be even a combination of  factors that could explain the improvement of your tea.

But.....you have to maintain your teapot to continue having similar good tasting tea.  Another important  reason is that your teapot would look nice and shiny and 'seasoned' over time.  Some of the factors listed below may be already practised by you.  Others may be unheard of and even eye opening.  I had collated and listed below a few of these 'practices' from observing how my teapot friends maintain their teapots.

1.  Dedicate a teapot to a type of tea.  Use a teapot for pu erh and and another for oolong.  Some teapots might have retained the aroma or flavour for the tea from a previous tea session.  Chinese tea drinking purists think that the appreciation of a tea, say oolong, would be more accurate and precise.  Many of my Chinese teapot user friends even dedicate teapots exclusively for raw or shou pu erh, heavy and light roast oolong, floral Taiwanese oolong, Liu Bao and Liu An tea.  For me, my pu erh teapots are used for both raw or ripe pu erh and my oolong teapots are for types of oolongs (light or heavy roast).

3.   I believe that your teapot must be dry and clean before using it for a tea session.  If the teapot is still damp and not dried out completely from a previous tea session, the tea may taste and smell different.  One Malaysian tea friend dries his teapot using the following method; he washed the teapot after use, but then filled the teapot with hot boiling water and leaving it for 1 minute before emptying out the hot water.  I do noticed that the 'heated' teapot will help dry out the inside of the teapot much faster.

4.  A Guangzhou teapot user, utilised a toothbrush to lightly brush the exterior of the teapot after use.  He claimed there are certain areas of a teapot that will be more 'stained'  and brushing these areas would even out the staining and make the teapot more pretty.

5.  Another common practice I observed was using the 1st or 2nd rinse of the tea and pouring this rinse over the teapot.  Many users believed this 'help' make the exterior of the teapot more seasoned in its appearance.

There are many methods teapot users employ to maintain their teapot or to seasoned their teapot.  Do you use any interesting technique on your teapots?  Do share.  Thank you.
Posted by wilson at 3:03 PM 1 comment: 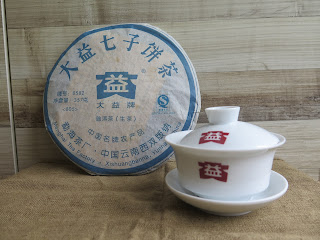 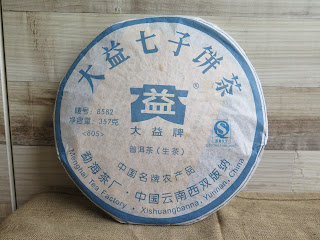 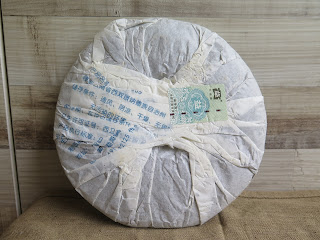 Taetea's (aka Dayi) 8582 raw pu erh is one of Dayi's flagship tea that is produced almost every year.  Not as well known as the famous 7542 cake, this 8582 is a quiet favourite among Dayi's tea drinkers and collectors.

For those newer tea drinkers of pu erh tea, there are famous pu erh cakes that are named as numbers rather than a 'proper name'.  A 4 digit number is named for the various cakes. You will actually asked for the cake by this '4 digits' when you are at the tea shop.  The teashop will also then tell you which vintage year of that tea they have.  Sound complicated.  It is not.  You can even sample the tea (at tea shops in China, Hong Kong and Malaysia) before you make your purchase.

As mentioned, 8582 is actually a popular pu erh tea.  The tea when brewed has a very good herbal taste and aroma in the tea.  There is a nice faint sweet finish and a nice warming sensation after a tea session.  A few of my Malaysian tea drinker friends actually prefer the 8582 to the famous Dayi's 7542 as the 8582 has a stronger emphasis on dry medicinal herb aroma and taste.

It is my opinion that if you intend to drink a 8582, look for the older cakes (its not that expensive) as the mellowness after a few years of storage does make this tea more smooth and delicious.

A Visit To Lin Ceramics 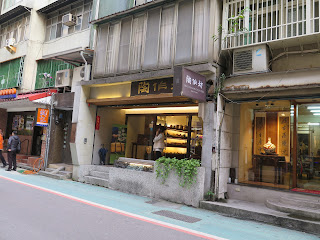 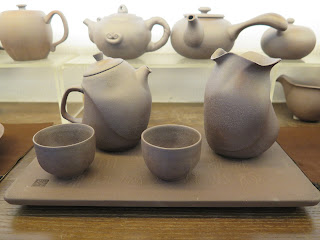 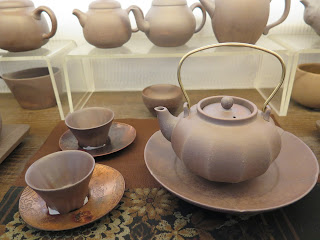 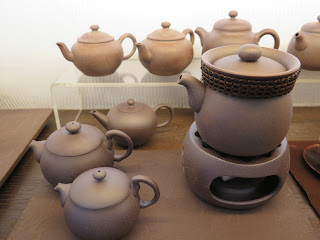 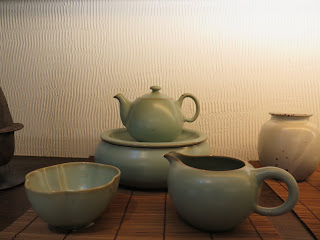 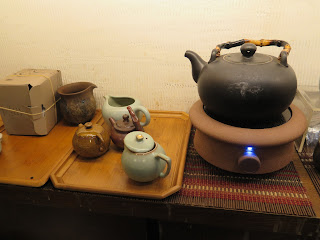 I was in Taipei, Taiwan last week and I spent an afternoon at Lin Ceramics Studio.

For readers who are unfamiliar with Lin Ceramics - this ceramic company was started in 1983 in Taiwan.  They mainly produce mainly tea ware and are famous for their purion ceramics.  Today, Lin Ceramics have more than 10 showroom / outlets throughout Taiwan.

I had good impressions of Lin's purion tea ware and own a few purion teapots and teacups.  I was introduced many years ago to Lin's purion  by Mr Lau of Lau Yu Fat teashop in Hong Kong.  I found that pu erh and high roasted oolongs seem to taste more amplified.  I cannot explain the reason for this 'change' and a few tea buddies who owns these tea ware found similar results in their tea as well.

But I digress.  I cannot explain why using purion tea ware seem to make the tea taste different.  There are other tea ware I had encountered that makes the tea taste different as well.  Japanese tetsubins, Yixing clay and certain porcelain seem to have different effects on tea as well.  The difference is subtle but serious or hardcore Chinese tea drinkers can discern this difference.  I will devote a blog entry on this topic.

Back to Lin.  I visited the concept store in Yongkang area.  The 2nd pix showed an artistic tea set.  The 5th pix shows a Lin Celadon set which is popular with tea drinkers that drink lighter roasted oolongs and green teas like the famous Taiwan's high mountain oolongs.  I had the opportunity to compare and taste tea using various Lin teapots (see last pix).

Lin Ceramics are also located in the famous Taipei 101 building / mall.  They also operate 2 branches at the Yingge old street in Yingge district, which is less than an hour's train ride.  Yingge old street is renowned for the many ceramics shops and is a wonderland for the tea ware enthusiast.

I managed to purchase and hand-carry home a few purion tea ware, including the rare triple fired purion teacups.  I will list a couple of these soon.